How can we shake up our construction workers to be more active in their thinking and to think more clearly, objectively and effectively? 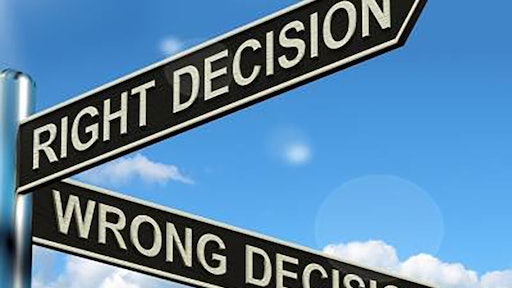 Even good people can fall prey to not taking the time to make good decisions, or worse, ignore important and available information that would have led them to a better decision.

OK, I have to admit that I’m writing this article out of a little frustration. No, make that a whole lot of frustration. Perhaps I’ll cool off a bit before I finish.

Is it just me or does there appear to be more people today who would rather do little to no thinking on their own? It’s simply amazing to me that so many workers, at all levels, do very little thinking before taking actions, returning phone calls or making decisions.

There isn’t one industry or one age group of people who have a monopoly on what I call “Bassett Hound Thinking.” (Sorry if you’re a Bassett Hound owner. I had one, we called him Chief, but he was as stupid as a bag of sand!)

I swear that Bassett Hound Thinkers will walk into any trap, never considering the potential dangers or consequences of their actions. They will make a poor decision when pressed to answer “NOW” and they will make just as poor a decision if they are given too much time. In fact, the amount of time a Bassett Hound Thinker has to make a decision has no impact on the outcome…it’s the same poor decision.

The reasons that Bassett Hound Thinking might infect workers can include someone who:

OK, so how do we shake up our construction workers to be more active in their thinking and to think more clearly, objectively, and effectively? Let’s consider a few tips that have been shared with me from several contractors over the past years. I hope they will benefit you and your workforce and help you build a thinking organization.

1. Communicate your expectations for thinking

As a contractor, state very clearly what your expectations are for people to think! Let there be no doubt in each worker’s mind that you expect him to think as part of his job. From the front desk receptionist to your senior leaders, everyone should feel charged by you to think. The days of hiring workers “from the neck down” are clearly over. Too many important decisions must be made every hour of every day by people who will not always have their boss to provide the immediate input.

Educate and model the need to always think before taking any action or making any decision. Statistically we have found that many poor decisions were based on individuals who simply failed to at least think a bit about a decision prior to making it. Remind your folks that an extra five minutes can help them make a better decision.

3. Practice the “Is this what you said?” rule

Too many conversations are simply ended without there being any effort to clarify what was just spoken. Then, when the wrong decision is made, the “accused” will respond with an “I didn’t know that,” or, “I thought that is what you said to do.” As the owner or senior leader, drive this subtle accountability check by always ending a conversation with your people by using this rule.

4. Require a “+ and Δ” for all important decisions

When a major decision must be made by you or any of your team members, require there to be either a formal discussion or a written analysis assessing the “+” (Positives) and “Δ” (Deltas = items that are challenging or present an opportunity to change). This might seem like overkill to some, but great thinking is able to separate the good from the not-so-good issues. Unfortunately, some folks never “got the memo” and, therefore, we need to educate these folks on how to think better, leading to better decisions.

5. Demand that ALL information is provided prior to job start

You really can’t set the bar too high when it comes to getting everyone involved with the selling, estimating, closing, planning and providing the documentation for any project. Having all of the correct information, clearly prepared and presented, and then communicated openly so that everyone has a second chance to edit, correct or confirm is a key toward giving more people a chance to think more effectively. Your culture must be one that does not withhold information.

Non-thinking is not a “protected class of people” as the EEOC might state. “Stupid” comes in all colors, ages, national origins, etc. Therefore, be sure to over-emphasize that when decisions are made without having considered important information or considerations, there are consequences for such decision-making. While you might need to be careful about making this a threatening directive, people must understand that good thinking practices produce better results, save time, reduce injury and build better projects.

7. Discipline (including terminate) those who fail to think

This is backing up your earlier tone of establishing consequences. Stupid decision making, at the wrong time, can cost you money, even endanger the safety of your workers and those close to a jobsite. When individuals make ridiculously poor decisions that are clearly the result of not thinking, you have to take action. Depending on the severity of the decision or action, disciplining with a suspension for the employee might be appropriate while a more negative decision might require you to fire the individual.

Most of our construction workers do want to do the right things most of the time. That’s the good news. But even good people can fall prey to not taking the time to make good decisions, or worse, ignore important and available information that would have led them to a better decision. Give your people an “excuse to do the right thing” first as we know there are enough excuses out there to do things wrong.

Work hard to prevent Bassett Hound Thinking to take root among your people. As contractors, we already have enough challenges that require us to be on our game 24/7. Take the proper steps, inspire right thinking and lead your company by practicing good thinking techniques as we’ve outlined in this article.

*This article was originally published in 2012 and updated in 2019.