How to Dispose of Your Equipment Profitably 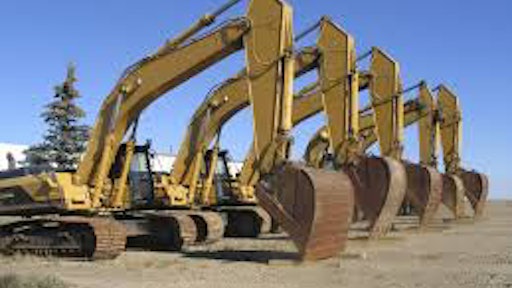 Selling your fleet assets at the end of its useful life is key to making a profit, especially for large, high-priced assets such as trenchers or other earthmoving equipment. I recently read a United Rentals investor presentation which had a graph that clearly illustrates the cash flow for one machine and how the rate of return is dependent on rental rates and the asset residual value. I have reproduced it below:

The example is for a machine purchased for $6,500. The rental revenue accumulates over the five-year life of the machine. At the end of the five years, the machine is sold. The total cash flow in this example is $6,142. Adding in what the used asset was sold for provides a cumulative cash flow of $11,291, which is not bad for a machine with an original purchase price of $6,500. It should be noted, however, that a 20- or 30-percent swing in the selling price at the end of the five years has a huge impact on the total cash flow. As the saying goes, “timing is everything.”  Picking the right moment to sell your assets is extremely important.

One reason rental companies are selling more to their retail customers is that retail prices have trended up and make it very attractive and relatively easy to sell machines. Rouse Analytics provided me with their price index for several types of equipment – dozers, excavators, tractor-loader-backhoes and wheel loaders. The used values of all these products are very strong right now and in fact, have fully recovered from the low levels reached in 2009 and 2010.

There is a viable and strong market for good used equipment, especially if it has been well-maintained and is reasonably priced. Setting a price that is reasonable, given the hours and age of the machine, is critical. There are a number of good used equipment value guides that you can use to set prices, including the website of the major auction companies such as IronPlanet and Ritchie Brothers. If your fleet is getting a little long in the tooth, you might consider replacing it with new or at least newer used equipment. Don’t forget adding low-hour used equipment is a viable alternative. Cash flow is king, as illustrated in the example above. A smaller initial investment is good for your bottom line.