Company emphasizes its commitment to growing its presence in the North American market through new models and components. 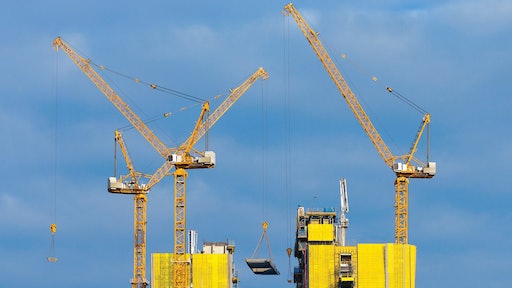 As with CONEXPO’s past, Liebherr arrived at this year’s show with an arsenal of new machines – more than 20 in total – and equipment simulators for multiple industries and job applications. The new iron represented five of the 11 market divisions the company maintains, plus showcased the Components Division for the first time in North America.

According to Stefan Hessler, a member of the board of directors for Liebherr-International AG, the Americas continue to gain in importance to the company’s growth. In 2013, North and South America represented about 16% of the Liebherr Group’s total sales volume.

Lift Equipment on the Rise

Looking specifically at North America, Gerhard Frainer, managing director, Liebherr-Werk Nenzing GmbH, notes the U.S. has been the most successful sales market in recent years for crawler cranes and foundation equipment such as drill rigs, piling rigs and combination rigs. And this continues to increase.

“In 2013, the USA and Canada accounted for approximately one-fourth of our total sales volume of construction machinery product lines in terms of quantity,” he points out.

To build on this success, Liebherr showcased the LR 1250 crawler crane, which is based on the previous LR 1200 model. Driven by a 362-hp Tier 4 Interim, six-cylinder diesel engine, the crane is fitted with two winches featuring 26,455 lbs. of line pull each. Travel of the “taxi crane” is achieved by retracting the tracks to a width of 19 ft.

The company also chose to showcase its tower crane solutions, which are also benefiting from the growth in the wind energy installations. “We have pioneered the erection of wind turbines using tower cranes,” asserts Dominque Tasch, managing director, Liebherr-Werk Biberach GmbH.

He cited sale of 30 medium and large tower cranes through its U.S.-based dealer, Morrow in Salem, OR, and the recent use of its EC-H high-top cranes on major construction sites in Los Angeles, CA and Fort Worth, TX, and the 355 HC-L luffing jib crane in Montreal, Canada. “Our HC-L series of luffing jib cranes are seeing a real boost in demand,” says Tasch. “In recent times, we have managed to sell almost 20 of them in the U.S. market alone.”

On exhibit at CONEXPO-CON/AGG were the 380 EC-B 16 Litronic flat-top crane, as well as the 542 HC-L 18/36 Litronic luffing jib crane, which has already been licensed for use in New York. “The 542 HC-L can be fitted with a high-performance hoist gear, which develops 160 kW,” says Tasch. “This hoist gear enables us to achieve hoist heights of up to 1,100 m and high handling capabilities.”

On the foundation equipment side, Liebherr showcased its LB 44 rotary drilling rig to the North American audience. The 381,000-lb. rig is equipped with the new BAT rotary drive offering a torque of 510 kNm. In Kelly drilling applications, the unit is capable of drilling diameters up to 10 ft. and maximum drilling depths of 301 ft.

The material-handling and concrete equipment segment of Liebherr has seen its fair share of growth, as well. “The market for the range of earthmoving construction machines that Liebherr offers in the USA was approximately 27,000 units in 2013, based on the ‘First in the Dirt’ (FID) figures issued through the Association of Equipment Manufacturers (AEM),” noted Peter Mayr, president, Liebherr Construction Equipment Co., which is based in Newport News, VA. This compares to 21,000 units sold in 2011.

“We expect to see continued improvement within our segment, with growth in the range of 2% to 5%,” he adds. “In general, we are optimistic regarding the next several years.”

In 2013, Liebherr saw a restructuring of its operations in the U.S., which included the hiring of five additional regional business managers. Mayr also announced an agreement with Republic Crane and Equipment Company, Charlotte, NC, under which Republic Crane will cease being the national distributor for Liebherr material-handling equipment used in scrap and will become a full-line Liebherr dealer for earthmoving and material-handling equipment.

On the concrete side of the business, the company displayed the THS 110 D-K concrete pump, which is designed for projects with frequent relocations on the site. Mounted on a crawler unit, the pump can be moved and operated via radio remote control. It is rated at an output of 133 cu. yds. per hour and provides a concrete pressure of 1,090 psi.

The emphasis at CONEXPO on the Components Division is a further display of Liebherr’s product portfolio. Based in Bulle, Switzerland, the division provides replacement components and remanufacturing services to Liebherr customers, as well as sells to external customers, making up about 18% of its annual turnover. Its product portfolio includes 16 product lines in 14 business areas, including diesel and gas engines, injection systems, axial piston pumps and motors, hydraulic cylinders, large-diameter bearings, etc.

While North America is currently supplied by a factory based in Monterrey, Nuevo Leon, Mexico, the sales organization in the U.S., Liebherr Components North America Co., is based in Saline, MI. The Michigan site is being steadily expanded to meet increasing market demand.

The growth in wind power in the U.S. has also resulted in substantial sales of large-diameter bearings and gearboxes to crane suppliers. “However, we wish to expand on this to include agriculture and forestry machines, decentralized energy systems (combined heat and power units and biogas systems) and above all construction machines,” says Gebhard. “We intend to emphasize this with our first trade fair presence at CONEXPO-CON/AGG 2014.”