H&E Chief Executive John Engquist said the company will instead pursue an accelerated strategy of greenfield expansion and opportunistic acquisitions. 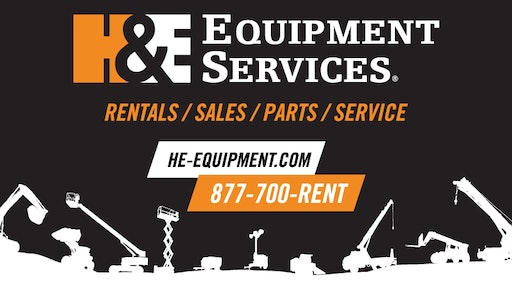 H&E Equipment Services announces it notified Neff Corporation that it does not intend to submit a revised proposal to acquire the company.

The disclosure will allow Neff to terminate the companies' merger agreement.

John Engquist, CEO of H&E, stated that, “We will remain disciplined on the price that we pay for assets. We intend instead to pursue an accelerated strategy of greenfield expansion and opportunistic roll-up acquisitions which we believe will be a higher and better use for our resources.”

As previously announced, on July 14, 2017, H&E and Neff entered into a merger agreement pursuant to which H&E agreed to acquire Neff for $21.07 per share, subject to certain downward adjustments. On August 13, 2017, Neff notified H&E that it had received a superior acquisition proposal from a strategic bidder to acquire Neff for $25.00 per share, and that Neff intends to terminate the merger agreement to enter into an agreement for such acquisition proposal. Prior to terminating the merger agreement Neff was required to negotiate in good faith with H&E for five business days. H&E has waived this period.

United Rentals Outbids H&E with $1.3B Purchase of Neff Corp

With so many sources of loud noises on construction sites, it’s important to understand why hearing protection headphones are an essential form of personal protective equipment.
ISOtunes / Haven Technologies Inc.
June 18, 2021
Latest

This article is the first in a series about Toyota Lean Management (TLM) and how lean management principles can be applied to improve your rental business.
Toyota Material Handling USA
June 23, 2021

Studies show that 70-80 percent of people research companies online before visiting a small business or making a purchase with them. Here are three ways to bring your business into the 21st century and ensure that it is meeting its sales potential.
Sasha DeMoss
June 22, 2021