How To Get the Right-Sized Generator for the Job

Supplying your customer with the right generator for the job is not as simple as it seems, there are many factors to understand and consider. 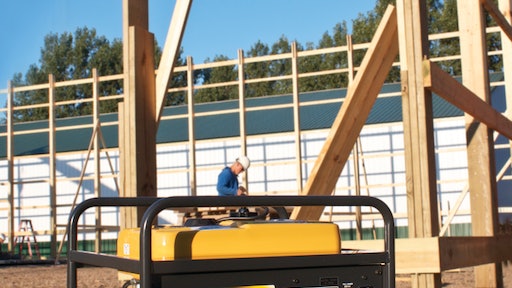 Supplying your customer with the right generator for the job is not as simple as it seems, there are many factors to understand and consider. To ensure a successful rental, avoid common pitfalls that can cause serious problems for your customer and your equipment.

"Rental companies need to be prepared to ask a series of questions to get as much information as possible about the application in order to properly size the generator to the load," says Todd Howe, manager, global generator products, Doosan Portable Power. Improper sizing can add to costs and potentially have negative effects on the generator and/or the tools it's powering.

Over-sizing can add to transport costs, fuel usage, noise levels and rental or purchase costs, says Eric Bernier, national product application specialist at Wacker Neuson. "Under-sizing a generator [leads to] potential heat damage to the generator and tools," he adds. "No work can be done, equaling lost time and money."

"An under-sized generator, or one too small to handle the load, will place strain on the unit and cause a shutdown or, at worst, damage to the unit," Howe indicates. "A generator that is too large for the load will eventually result in 'wet stacking', or a carbon buildup in the engine, causing a power loss. Subsequent loss in the generator's capability will follow."

The transition to Tier 4 Final engines provides yet another motivation for proper sizing. According to John Gibbons, general manager, North American Rental Segment for Cummins Power Generation, "Adequate heat is required in order for the emissions components to operate properly. A correctly sized generator will provide this needed heat. This is especially critical when working in arctic climates. If adequate heat is not maintained, additional maintenance of the emission components may be needed. In a worst-case scenario, an unplanned shutdown may occur."

Plan for the unexpected

When considering a generator’s use, think through what tools your customer plans to run off the generator. “Begin by listing what the generator should power, such as circular saws and a welder,” suggests Pam Meyer, equipment sales manager, Subaru Industrial Power Products. “Check the wattage and multiply it by the number of units to be used. As an example, two hand drills that use 600 watts each would need 1,200 watts of power to run both.”

She adds, "To allow for error or future power requirements, it’s a good idea to add 10 percent to the total your customer has planned."

According to Bernier, it's not uncommon for users to forget to size for a motor starting surge. "Most portable (gasoline) generators are capable of surging from 1.5 to 2.0 times their continuous run rating (amps or watts)," he notes. "If the generator cannot start the tool or pump motor, then no work can be done on the jobsite."

A towable generator can typically surge between 2.5 to 2.8 times the continuous run rating, without exceeding a momentary voltage dip of 30%. "If the momentary (300 milli-sec) voltage dip is greater than 30% of rated voltage, then some motor control circuits may disconnect and prevent the motor from starting," says Bernier.

"Requirements for starting motor loads are more exacting than starting resistive loads, like lights or a jobsite trailer," Howe explains. "Also, when starting motors, a general rule to observe is that it normally takes three to six times the amperage from the generator to start a motor as it does to run it."

"If there are multiple motor loads, it is best to start them from the largest to smallest," Bernier advises. He suggests determining the worst-case surge by making a table listing each motor in order of startup. Total up all motor run ratings and circle the highest surge requirement. Typically, the highest surge is for the largest motor or the last motor starting plus the run rating of all other motors and loads. "Choose a generator that can run all loads and start the highest surge requirement. Add 20% to generator size for unknowns and additional loads that may be added later."

It's important that you and your customer understand what is required. "Sometimes the person sent to rent a generator has limited to no information about the application," Bernier comments.

Be sure to confirm requirements for voltage, amperage and single- or three-phase load with your customer. Neglecting to obtain this information could result in renting out the wrong size unit. For example, a customer asking for a "200-amp generator" might actually need a unit ranging in size anywhere from 30 to 166 kVA, depending on the specific load requirements.

In addition, make sure the generator has enough receptacles, and that the load will not exceed the amp rating of each receptacle. Ensure power cords are in good condition and sized correctly according to the generator operator manual. "Choosing incorrect power cords can overheat and overload both the generator and the tools powered," says Bernier.

When over-sizing is unavoidable

Running diesel engines below design operating temperatures (i.e., connecting loads that total less than 30% of generator rating) can potentially cause engine wet stacking and unplanned down time to service the engine and exhaust emission equipment. Yet, running small loads can't always be avoided.

When this is the case, Bernier recommends instructing customers to run the generator with 80-90% of rated load for two to four hours to clean out the engine. Always connecting generator to a load bank when it returns from a small load rental is a good practice to follow. Diesel generators should be load banked at least once or twice a year as part of their service plan.

If operating in cold ambient conditions where it might be difficult to achieve normal operating temperatures (190° F), he suggests adding more loads on site if available or connecting a load bank for the duration of job to minimize the risk of wet stacking.

The Fundamentals of Generator Selection