Buffalo Turbines Featured on National Geographic's Showdown of the Unbeatables

You've witnessed the force of Buffalo Turbine debris blowers in action. Now watch as it squares off against the claimed world's best, Blunt Umbrellas on National Geographic Channel's hit new series Showdown of the Unbeatables. 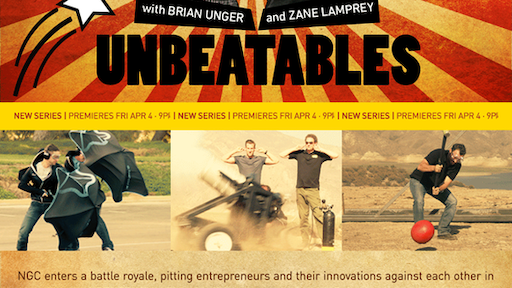 You've witnessed the force of Buffalo Turbine debris blowers in action. Now watch as it squares off against the claimed world's best, Blunt Umbrellas on National Geographic Channel's hit new series Showdown of the Unbeatables.

The Wall Street Journal says, "Structurally, the Blunt falls somewhere between a suspension bridge and a NASA space probe." Meanwhile, Buffalo Turbine blowers have been used to simulate hurricane like conditions.  Only one will walk away victorious.

Whether you’re a rental business owner or part of a safety team, it’s important to understand how heat can affect the body, recognize the signs and symptoms of heat-related illnesses, and know how to respond if a worker gets sick.
Herc Rentals
July 10, 2020