USGBC Tallies Up Green Building Policy Gains Across US 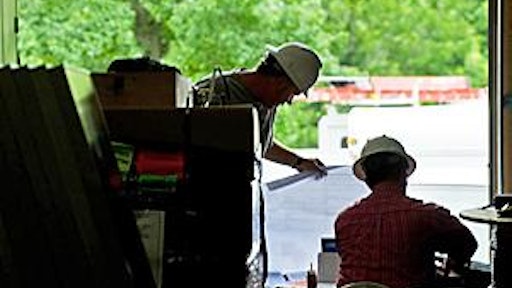 Lawmakers in Connecticut laid the groundwork for the country's first state-managed green bank, which would provide low-interest loans for green power and energy efficiency projects. Florida legislators passed two bills that recognize green building practices by affordable housing developers. And Montana's governor vetoed a bill that would have rolled back the state's building energy code.

The moves were among the "30 wins" the U.S. Green Building Council counted in a mid-year review of the more than 400 state bills the organization is tracking this year. The group counted bills that passed as well as legislation that has not, but nevertheless advanced the discussion on energy efficiency and other aspects of green building, as progress.

"Every year, many more bills die than get enacted, but good bills that do not advance should not be considered losses," the organization said in an executive summary of its recent report. "In many cases, introduced and deliberated green building bills go far to move the ball forward for the green building conversation."

Certification under the USGBC's LEED standards has grown steadily since the green building rating and assessment system was developed in March 2000. To date, more than a billion square feet space has been certified. GreenBiz contributor Rob Watson, considered "the founding father of LEED," will have the latest on the influence of the rating system in his fourth annual Green Building Market and Impact Report for GreenBiz, due out in November.

The USGBC's look at green building legislation comes as open season on the Oval Office gets underway. Rather than conduct a straight count of wins, losses and draws in bills taken up in state houses around the country, the USGBC provided a thumbnail sketch of legislative progress in each state.

"Thankfully building green is not a partisan issue," the organization observed in its report. Whether this optimistic view prevails in the run-up to the 2012 presidential election remains to be seen. [So far, former Utah governor Jon Huntsman is the only player among several would-be GOP contenders to declare: "To be clear. I believe in evolution and trust scientists on global warming. Call me crazy."]

The report credited broad support for pushing forward several green building and energy efficiency and measures, including passage of Connecticut's landmark legislation (originally HB 1243 and now Public Act 11-80), which clears the way for setting up a state Clean Energy Finance and Investment Authority -- an agency that would be the first green bank of its kind.

In addition to energy efficiency finance, other legislation that passed covers green thresholds for state buildings, investments in green schools, and incentives for constructing green homes, manufacturing facilities and commercial buildings and retrofits.

A blog by Jeremy Sigmon, the USGBC's manager for building codes advocacy, highlights the report in a yearbook-style sendup of states, including: