Here are a few ways rear eject bodies can maximize production without the need for risky techniques. 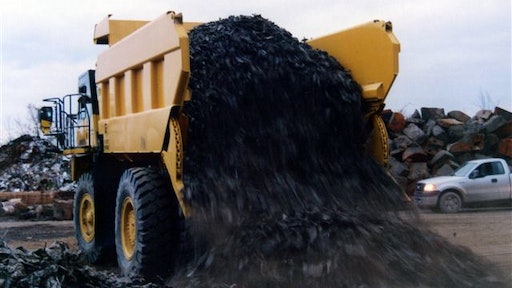 The key to long-term success in any business is maximizing efficiency. For industrial operations, such as construction, aggregates and mining, achieving this might look more like a complex game of chess. The strategy involves managers carefully maneuvering employees, equipment and materials across the board to reach the prefect balance of productivity and safety. However, hauling and offloading efficiency are often overlooked factors in these calculations. With the proper equipment, operations can maximize the capacity and offloading efficiency of each load. But when a mismatch between material and equipment occurs, it can cost operations greatly in terms of lost productivity, component wear and extended maintenance.

As a safer and more efficient alternative, many operations are opting to invest in rear eject truck bodies for their haulers. This technology has several key benefits, including eliminating various time-consuming aspects of the standard dumping process and increasing operator safety. And, depending on the manufacturer, further productivity can be found with low- or no-maintenance rear eject designs.

Here are a few ways rear eject bodies can maximize production without the need for risky techniques.

One hindrance of end dump trucks is the time it takes to stop, dump, and wait for the body to completely drop back down before driving away. It takes roughly 12 seconds for bodies to lift and another seven seconds to drop back down. And that doesn’t include the time it takes to find steady ground and empty the truck. On paper this doesn’t seem like a significant amount of time, but in reality when trucks take dozens of trips each day, those seconds start to add up. 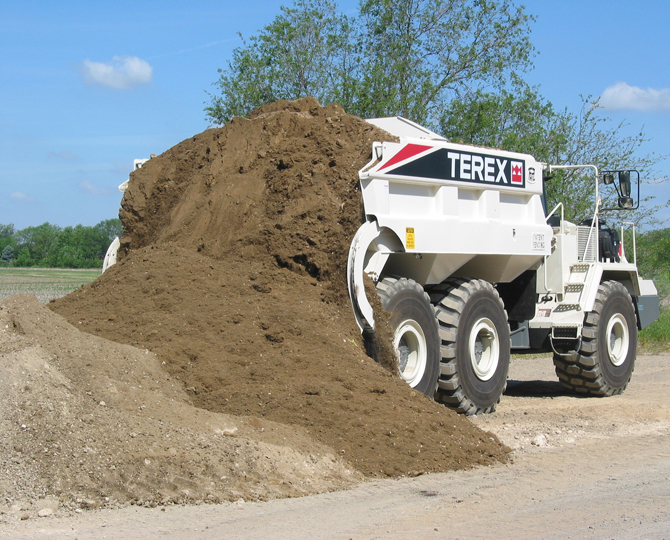 Philippi-Hagenbuch Inc.Alternatively, rear eject bodies eliminate the need to stop and lift during the dumping cycle, saving valuable time with each dump and increasing efficiency by up to 25%. They also provide the operator with complete control of discharge and the ability to dump materials on the go, something highly discouraged with end dump trucks due to increased safety risks. Incorporating rear eject technology allows operators to push material out of the truck body at a steady rate. The action can occur while the vehicle is moving, offering a uniform distribution of material to fall behind the truck. Compared to the large piles left by end dump trucks, this even spread requires significantly less dozing and spreading time. Rear eject bodies can further increase efficiency by providing 100% material offload, eliminating carryback.

Additionally, a rear eject body allows safe offloading in conditions that would be impossible or unsafe for standard trucks, such as on slopes, uphill and in locations with a softer footing. On these uneven surfaces, the rear eject design provides a low center of gravity which allows safe offloading even with the truck at rated capacity. This gives operators more flexibility when it comes to where they can offload, resulting in less maneuvering with other vehicles, like dozers and loaders, to get the material where it ultimately needs to go.

Easier on Equipment and Service

Standard dump trucks put a significant amount of a truck’s load over the rear axle while unloading, sometimes causing the front of the truck to raise off the ground due to the improperly balanced load. As the load drops out the back, the truck and driver can be lifted, only to come back down abruptly once the dump is complete. This repeated process stresses the truck chassis as well as the operator who, over time, can suffer from back and neck issues caused by the repeated impact. Since the blade of a rear eject body pushes materials out at a steady rate unlike the uncontrolled mass that drops from a gravity-fed dump body the truck maintains a lower and more balanced center of gravity. 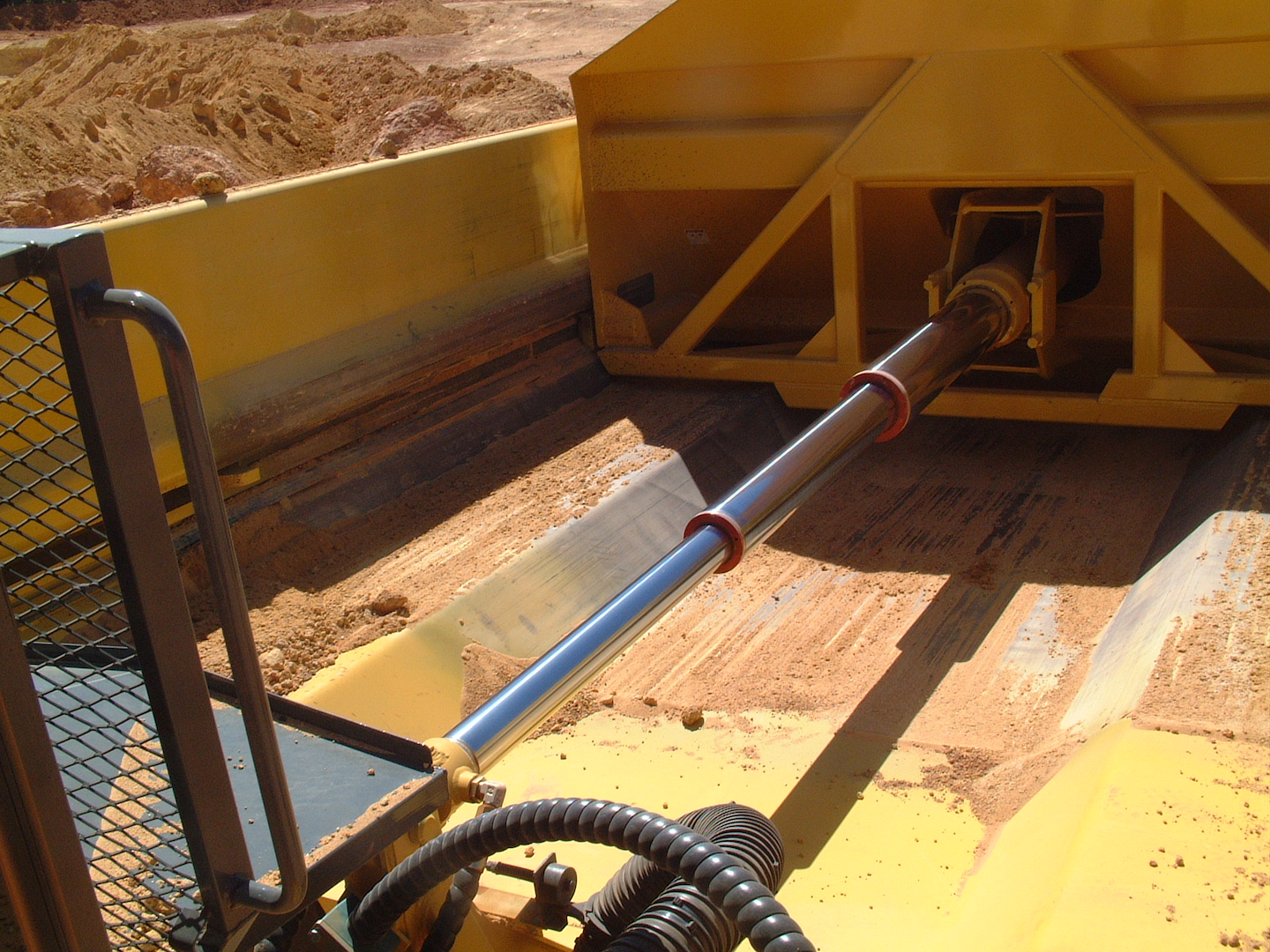 Philippi-Hagenbuch Inc.And because rear eject bodies eliminate the need to raise the body, the truck can safely dump materials near overhead barriers, such as electric lines, bridges, pipelines and support beams, as well as in enclosed areas or underground mines. This makes them an ideal solution for crowded job-sites with strict height restrictions.

Having equipment unavailable due to maintenance can put the brakes on any operation. Staying up to date on routine maintenance is essential, and equipment that requires little maintenance goes a long way to minimize costly downtime.

Some OEM end dump bodies possess several hydraulic controls, pins and grease points, which work together to lift the body, drop the tailgate and bring the body back down. Even some OEM rear eject bodies come stacked with moving parts, which makes them susceptible to breakdowns.

Custom body manufacturers know that fewer moving parts mean minimal breakdowns and maximum uptime. So they’ve engineered models with low-maintenance hydraulic controls, no grease points and tailgates that rise and fall at the rate of the ejector blade.

When a body is custom designed for a specific operation, there’s no guessing game on how long it will last. In fact, some rear eject bodies last more than 20 years.

Most custom ejector bodies can be outfitted on an off-highway truck the operator already owns to maximize savings. Though the initial investment is high, the return is seen after only a few months of use. Philippi-Hagenbuch Inc.It is easy to see the benefits of choosing a rear ejector as part of a custom solution. However, that is just the beginning when it comes to productivity enhancing options available from custom manufacturers. For hauling operations working with significantly lighter materials, such as refuse or some light-weight aggregate, adding a custom truck body can further increase productivity.

For example, if a 30-cubic-yard body on a 40-ton off-highway dump truck was filled to volumetric capacity with refuse, averaging 650 pounds a cubic yard, the total weight would only be around 10 tons, one-fourth of the rated capacity of the truck. Working with a  custom truck body manufacturer could provide a solution that offers up to three times the volumetric capacity, 90 to 100 cubic yards.

With the increased volumetric capacity of a custom body, operations can haul the same amount, but at a faster rate for less money. If five trucks were operating with 90-cubic-yard bodies and handling lighter materials, such as refuse, they would be able to move 3,000 tons of material in 20 trips per day for each truck. With a standard body, moving the same amount of material would end up taking roughly 40 trips per day due to underhauling each load. Assuming a 3-mile trip per dump load, custom bodies can save an operation more than $70,000 in fuel per year, not to mention the maintenance and service savings that comes from fewer trips. 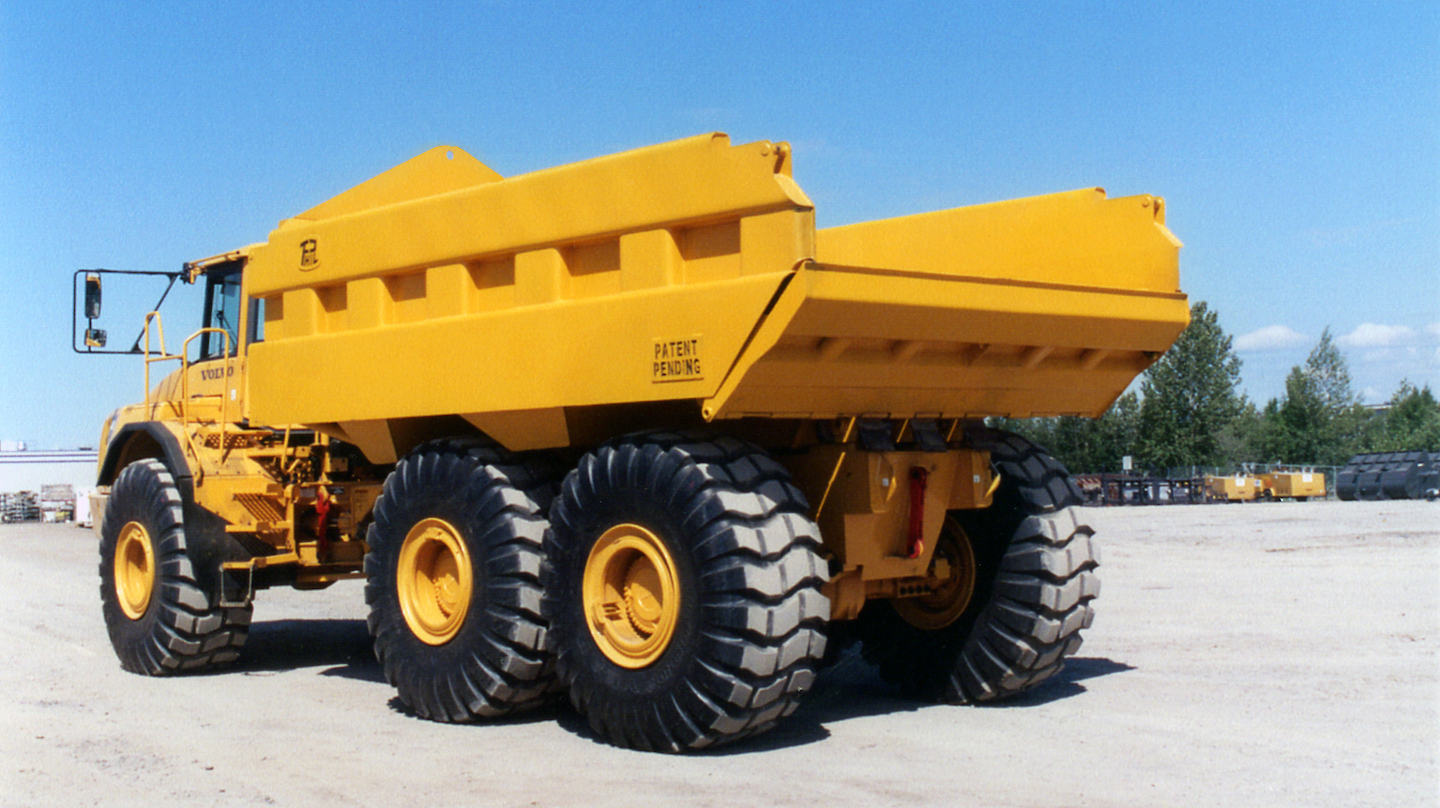 Philippi-Hagenbuch Inc.Increased volumetric capacity doesn’t mean the truck can haul more than the OEM rated capacity, and doing so may cause damage or violate the truck’s warranty. Rather, it allows operators to maximize productivity when hauling lighter materials, resulting in a more efficient, cost-effective operation.

Settling for a “one size fits all” approach can be a costly mistake when it comes to haul trucks. Instead, operators should discuss their options with a custom manufacturer to make sure the vehicle they’re running offers the best solution for their operation. From rear ejectors to increased volumetric capacity, custom truck bodies can revolutionize productivity and safety. Working with specialists to maximize efficiency allows an operation to reach its full potential.

Lifts up to 12 ft. high to position heavy tools and allow debris being removed from structures to go directly into the container
Equipter LLC
November 18, 2019

Tarp Loads for Safety and to Reduce Liability Risks

For construction contractors, there is more to tarping loads than legal requirements. There is also the liability if flying debris causes an accident or property damage.
Curt Bennink
May 17, 2019

Swint brings over 17 years of experience in operations, management and leadership to the position
Travis Body & Trailer Inc.
August 24, 2017

The 3D Series - Drop-Deck & Dump trailer from Airtow is a ground level loading equipment trailer, a utility trailer and a dump trailer all wrapped into one.
Rock Line Products
December 15, 2014