Pickup Truck Transmissions: Are Ten Speeds Too Many? 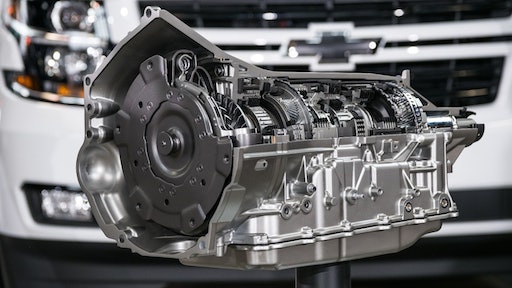 Evolution of automobile transmissions accelerated in 2017 with the release of vehicles bearing the product of a collaboration between Ford and General Motors to develop ten- and nine-speed transmissions. The ten-speed can be found in 2017 Ford F-150, including the Raptor, the 2018 Expedition and Lincoln Navigator. GM is adding it to the 2017 Chevrolet Camaro ZL1, 2018 Yukon Denali, and Tahoe RST.

The ultimate goal of a transmission is to keep the engine working in its most efficient speed range, or at the highest torque point when performance is needed.

The first gear is quite short in the new Ford/GM transmission to improve acceleration. The higher gears are tall, which allow for lower fuel consumption at cruising speeds.

"With our nine-speed, we are finding we are getting both fuel economy and the shift precision we want," says GM's Scott Kline, assistant chief engineer for the Hydra-Matic nine-speed automatic transmission. "There are always trade-offs, and by adding more parts, comes more costs. You are balancing all of those things, but you are ending up with fuel economy at the end of it."

The new gearboxes can downshift or upshift several gears at a time, depending on how the driver steps on the throttle. The transmission’s computer does whatever it takes to find the gear that keeps the engine in its most-efficient or best-performing speed range.

The brand-new computer uses more than double the coding in the previous six-speed transmission. Even though Ford and General Motors are programming their transmissions differently, their engineering are nearly identical.

"At Ford, we did an exhaustive amount of research and analysis on all the types of applications that we expected to use the new transmission in, and we found that we definitely could see benefits beyond eight speeds and even beyond nine speeds," said Norris. "We did further analysis, and we found out that if we go beyond that, to like 11 and 12, we could have architecture issues that causes diminishing returns."