Issue centers on vehicles with a shifter on the steering column, which can leave “park” without the usual safety steps. 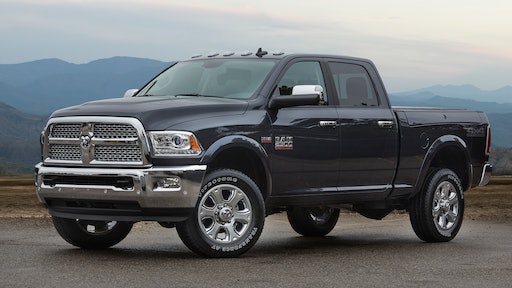 Fiat Chrysler is recalling almost 1.8 million Ram trucks because they can start rolling without the driver’s foot on the brake—or even without the key in the ignition. The issue centers on vehicles with a shifter on the steering column, which can leave “park” without the usual safety steps.

Fiat Chrysler, also known as FCA, says the brake-transmission shift interlock device on the affected Ram vehicles can fail from long-term exposure to high interior temperatures caused by an electrical problem. The automaker says it knows of seven injuries it believes to be related to the problem.

A fix is in the works and owners will be notified when it’s available. In the meantime, Ram customers can visit this website to look up their specific vehicle, call (866)-220-6747 with questions, or simply use their parking brake as a safety precaution until their vehicles are fixed.