Annual study analyzes assembly location, parts content, drivetrain sourcing and factory employment to rank cars. Only one of Detroit’s half-tons made the list 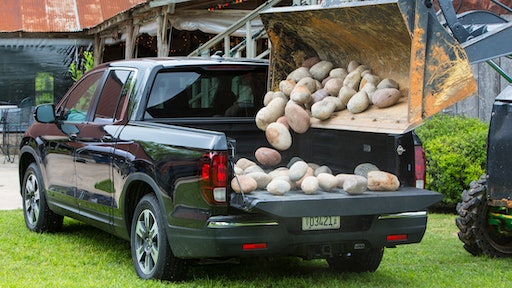 Midsize Honda is the most-American pickup sold in the U.S. The only half-ton pickup with more than 55% American content is Ford's F-150.
Honda

Five of the top 15 vehicles on the 2019 American-Made Index are trucks. In order of ranking:

Honda employs relatively many Americans at the factory level. It has U.S. assembly for more of the cars it sells here than GM and FCA — well above the industry average, which is just over half.

The 2019 Ridgeline was also the only pickup truck tested by IIHS to receive a Top Safety Pick.

Mercedes X-Class Pickup Truck Unlikely to Be Sold in US