Redesign of the only U.S.-built mid-sized pickup promises class-leading cargo and towing, even before the arrival of a 28-mpg Duramax turbodiesel 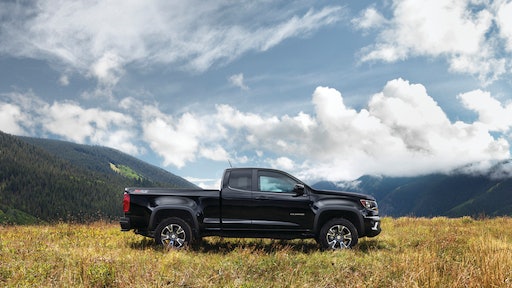 The long-awaited redesign of the only mid-sized pickup truck by a U.S. maker, Chevrolet's Colorado, includes the promise of 2.8L Duramax turbodiesel power two years from now. The 2015 Colorado, initially in showrooms in fall 2014 with four- or six-cylinder gasoline engines, will offer what GM expects will be class-leading payload, and trailering capacity of more than 6,700 pounds

Colorado will also offer the segment’s only diesel engine in its second year – a Duramax 2.8L I4 turbodiesel already proven in global markets. Australian Colorado owners with the 2.8L Duramax say they're getting better than 28 mpg.

All models are matched with a six-speed automatic transmission with features that make hauling and trailering easier and more comfortable, including auto grade braking and a tow/haul mode.