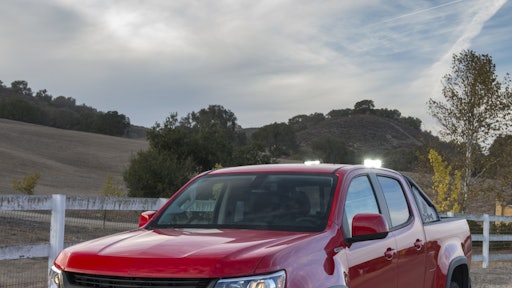 Chevrolet made good on its promise to offer a diesel in the mid-sized Colorado pickup truck, including the option for a 2.8L Duramax turbodiesel in the 2016 LT and Z71 Crew Cab models with 2WD or 4WD.

“A diesel engine was part of the Colorado’s portfolio plan from the very beginning,” said Scott Yackley, assistant chief engineer, “Meaning the chassis, suspension and other elements of its architecture were engineered to support its capability.”

GM says it the 2.8L Duramax is the cleanest diesel truck engine the company produces. It meets U.S. emissions standards, thanks in part to cooled exhaust-gas recirculation (EGR).

Features included with or exclusive to Colorado diesel models: