First American-made SCHEUERLE HighwayTrailer will be unveiled at CONEXPO-CON/AGG. 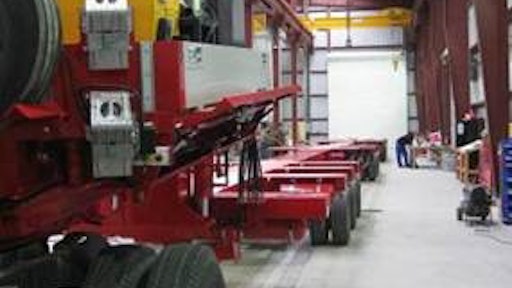 The first SCHEUERLE HighwayTrailer manufactured by PFC in Cocoa, FL. 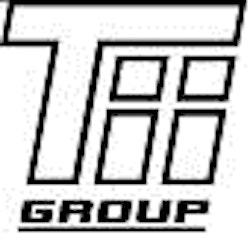 Cooperation between the TII Group, a leading global manufacturer of heavy load vehicles, and The Precision Companies (PFC, PEI and PMI) has resulted in the first American SCHEUERLE HighwayTrailer produced at the Precision Fabricating & Cleaning Co., Inc. (PFC) facility in Cocoa, FL. The trailer will be unveiled in the TII Group booth in the Silver Lot, Booth #3905 at CONEXPO-CON/AGG in Las Vegas in March.

Unveiled at bauma 2013 by SCHEUERLE, the HighwayTrailer features a centralized middle frame that provides the vehicle with a high level of stability and loading capacity. The "standard model" for the US market is the double telescopic variant, but the HighwayTrailer is also available in single or non-telescopic versions. It features hydraulic axle compensation, a maximized payload of up to 108 tonnes and a loading length reaching 32.60 metres. The trailer is available with hydraulically balanced gooseneck or with trailer equipment.

The basis for the production cooperation is a business relationship that goes back over 30 years in which Precision Enterprises Inc. (PEI) has been responsible for the sales and aftersales service for American customers of KAMAG (a member of the TII Group). In a first step, the SCHEUERLE HighwayTrailer will be built by PFC in single and double telescopic versions, as well as non-telescopic variants. The cooperation is expected to eventually expand to include other products for the North and Central American markets.

"With this cooperation, we are addressing customer requirements as well as the increasing demand in the North and Central American markets," according to Susanne Schlegel, Commercial Managing Director at SCHEUERLE and KAMAG.

"The cooperation not only means faster deliveries through the elimination of transportation times, but also achieving significantly closer proximity to our customers," adds Bernd Schwengsbier, Managing Director of TII Sales, the sales company within the Group. "With the HighwayTrailer, we offer a German product which has been adapted for the American market and is manufactured in the USA while ensuring German quality standards. In addition, qualified on-site service and purchase processing in the local currency through US banks is also in place."

On the American side, there is also a sense of optimism. "For over 30 years, a reliable and productive partnership between PEI and the TII Group has existed. Raising this now to the next level and producing German products for sale in the United States is a logical step - the decisive impetus for this came from the resurgent American market", said Robert Kelly, CEO of PEI.

In addition to the HighwayTrailer, the TII Group will be showcasing its range of transport solutions for the American market on an area of more than 300 sq. meters at this year's CONEXPO. The exhibit will include a four-axle WideCombi PowerBooster. The WideCombi has been customized to fully comply with national legislation and deal with road conditions found in the American market, and can be further extended to suit the load dimensions and ensures control of the load distribution on the road surface. also on display will be the SCHEUERLE-KAMAG K25 PowerBooster, which offers all the benefits in a "5-in-1" solution.

John Deere Gator Utility Vehicles (UVs), including the HPX Work Series, Mid-Size XUVs and Full-Size XUVs, have been updated to include new automotive-like features that make them easier to operate and provide improved control.
John Deere
January 14, 2021
Follow Us