$1.5B Awarded for 26 Projects Under INFRA Grant Program

The selections, aimed at enhancing freight transportation, are divided between urban and rural projects and are the latest round of grants to help finance "projects of national or regional significance" under the 2015 FAST ACT 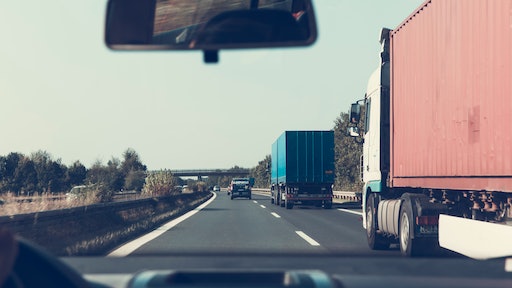 The U.S. Dept. of Transportation has chosen 26 projects, mainly for highway or bridge construction, to share $1.5 billion in grants for road or freight-related improvements that are important to a region or the nation overall.

INFRA is a competitive grant program that is part of the Fixing America’s Surface Transportation (FAST) Act, which is the last highway bill to have become law. That was back in late 2015. The funding is intended for “nationally significant highway, bridge, and freight projects” and those lsited are categorized as Fiscal Year 2017 Large Projects and Fiscal Year 2018 Large and Small Projects.

Under the INFRA program’s terms,  DOT is required to give the House Transportation and Infrastructure Committee, the Senate Environment and Public Works Committee, and the Senate Commerce, Science and Transportation Committee at least 60 days’ notice before a grant is awarded to a project. During this 60-day period, Congress may pass a joint resolution of disapproval if a project is found objectionable.

Along with Chairman Shuster, the committee’s Ranking Member Peter DeFazio (D-OR), Subcommittee on Highways and Transit Chairman Sam Graves (R-MO), and Subcommittee on Highways and Transit Ranking Member Eleanor Holmes Norton (D-DC) issued this joint statement: “The FAST Act created this competitive grant program to fund critical freight, highway, and bridge improvements in order to provide a 21st century infrastructure for America.  We commend the Department for releasing this list for congressional review, and we look forward to moving ahead with improving America’s infrastructure.”

The selections, aimed at enhancing freight transportation, are divided between urban and rural projects, and Associated General Contractors of America's Brian Deery said the revenue is "another chunk of money that [state DOTs] can bundle up with other funding sources to get some of these bigger projects done."

See all the grants here.