With the conversation about revitalizing America’s infrastructure heating up, we should not pump trillions more into the national debt that's already at a staggering $21 trillion deficit, we should consider selling off government assets instead 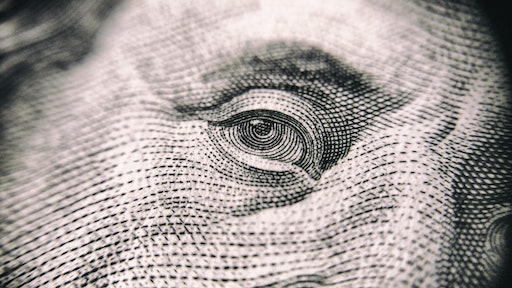 It’s common in Washington to enact a law and pay for it by simply putting on the country’s metaphorical “credit card.” So with the conversation about revitalizing America’s infrastructure heating up, will we pump trillions more into the deficit? With the national debt already at a staggering $21 trillion, taxpayers have good reasons to be cautious. However, a new plan is gaining traction among Democrats and Republicans that would fund infrastructure projects while cutting into the national debt.

The National Taxpayers Union recently released guiding principles that lawmakers should follow when crafting a legislative package. Among the principles that need to be prioritized are using competitive bidding processes, implementing regulatory reform, and that revenue-raisers should be user-funded. For infrastructure policy, private capital should always be put ahead of public funding.

A new initiative introduced by Republican Rep. Mike Kelly, Democratic Rep. William Lacy Clay of the Congressional Black Caucus, and Rep. Ted Budd of the House Freedom Caucus shows promise for a new and debt-friendly way forward on infrastructure policy. The Generating American Infrastructure and Income Now (GAIIN) Act would sell off some government assets and use the generated revenue in two unique ways: half would be sent to the Treasury Department to pay down existing debt and the other half would be used to fund projects in the 100 poorest communities around the U.S. While selling government assets isn’t new (it was proposed by President Reagan to pay for tax reform and mentioned by President Trump last year), taxpayers should appreciate lawmakers looking for creative ways to generate revenue without levying a tax increase.

In most recent data from FY17, the government held about $3.5 trillion in assets, not counting any mineral or natural resource assets. These government assets include net loans, net property, plant, and equipment. According to a recent report, the government owns over 45,000 underutilized buildings which carry operating costs close to $2 billion annually.