The $1.5 trillion bill includes a $500 billion transportation package but Republicans fear it focuses too much on climate change 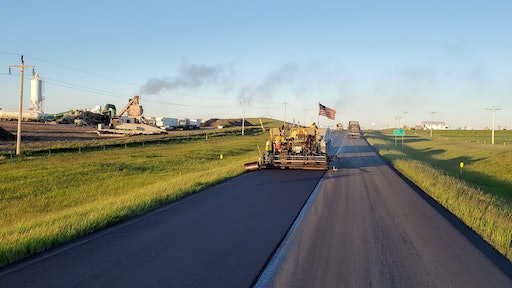 It seems as thought the conversation in Washington was all about infrastructure this week and that's good news. The bad news is that there is no pay-for laid out for these billion dollar plans and the plans that have been unveiled have far too broad of a focus than what's really needed: a secure funding mechanism for our roads and bridges.

Democrats described the bill as the biggest legislative effort to fight climate change, with Speaker Nancy Pelosi (D-CA) saying the package would “make real the promise of building infrastructure in a green and resilient way.”

“It's job-creating in its essence, but it's also commerce-promoting. So it grows the economy of our country,” she said.

Many Republicans have already been highly critical of the surface transportation piece of the bill calling it the "my way or the highway bill" as it places a heavy emphasis on green infrastructure and climate resiliency, speculating the legislation as another version of the Green New Deal.

But its largest component is the $500 billion Democrat-led bill from the House Transportation Committee that has sparked the complaints from Republicans.

"The bill is extraordinarily ambitious with the Republicans being a bit critical at points during the markup saying this is Green New Deal 2.0," Transportation and Infrastructure Committee Chairman Peter DeFazio (D-OR) said. "But this is the application of the principles of the Green New Deal and this proves that we can both deal with climate change, fossil fuel pollution and actually create millions of new high-paying American jobs. That is the promise of this new legislation."

Sam Graves (R-OR), the ranking member on the committee said they were not given the opportunity to address any of the Republican priorities in this legislation saying the bill “will leave rural America even further behind, and numerous new green mandates and extreme progressive goals are woven throughout.

Resilient Infrastructure is Good, But Who Pays?

In his comments to the press, DeFazio stressed that any new system being built needs to be resilient.

"We are not going to saddle the next generation with the need to rebuild bridges and highways," he said. "We are going to build for a 100-years standard in this bill."

DeFazio also said the bill is going to focus on building a new system that is resilient to severe weather events while also incentivizing states to use new materials that use less carbon and last longer stating that many states are already using such materials.

It's unclear, however, how — if at all — the bill will be paid for. However, Pelosi is not worried about that.

“With the interest rates where they are now there's never been a better time for us to go big," she said.

House Ways and Means Chair Richard Neal (D-MA) implied that the bill would lean on bonding and deficit spending, at one point calling out President Donald Trump's own call for a $2 trillion infrastructure investment.

"We propose Build America bonds, private activity bonds," said Neal. "The president, as you know, has said $2 trillion of borrowed money — he staked out that position. We’re open to some discussions, negotiations. We think that by putting out our plan here, [there's] time to have the conversation, time to negotiate."