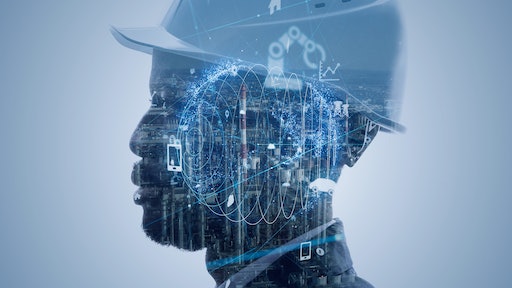 Discovery of racially motivated damage to the office of an African-American foreman at the construction site of the $1.4 billion Las Vegas Convention Center expansion halted work on the job Wednesday.

“The LVCVA is outraged and condemns this deplorable act as there’s absolutely no place for racism in our community,” read a statement by the Las Vegas Convention and Visitors Authority. “Our construction contractor, Turner Martin Harris (a joint venture of Martin-Harris Construction and Turner Construction Co.) took immediate action including launching a full internal investigation and working with the Las Vegas Metropolitan Police Department.”

Turner Martin Harris is also offering “a sizable reward” for credible information that leads to identifying the people responsible.

The LVCVA says it and “all of our construction partners have a zero tolerance of any and all racial discrimination.”

A Turner spokesperson told ConstructionDive.com that the work stoppage underscores how serious the company takes “this behavior and to provide time for every worker on the site to participate in anti-bias training.”

The construction industry has weathered an outbreak of racially motivated incidents since protests and riots began in May sparked by George Floyd’s death at the hands of the Minneapolis Police Department.

As several police forces have been exposed continuing to use excessive and deadly force against people of color this summer, protests and property damage across the country have persisted. It’s possible the recent Las Vegas Convention Center incident was in response to this week’s riots in Kenosha, Wis., when members of the Kenosha Police Department shot Jacob Blake seven times in the back rather than try to prevent the black man from opening his car door.

Earlier this month, racist graffiti was discovered at two Turner projects in Ohio, a $1.7 billion Facebook data center in New Albany and the FCC soccer stadium in Cincinnati. Turner shut those projects for all workers to complete antibias training, too.

In Toronto, the recent appearance of four nooses at three job sites has drawn hate-crime investigations. ArchitecturalDigest.com reported on July 2 that nooses were found at a Daniels Corporation residential high-rise project in the city’s Regent Park neighborhood, and at two EllisDon-operated sites, including Toronto’s Michael Garron Hospital, where Black construction workers found two nooses on June 10.

Incidents of passive aggression, or outright intimidation, against people of color working on construction sites are ironic given the volume with which this industry continues to decry the lack of necessary labor to do its work. Those who want to fill empty positions on construction sites might consider the perception of racism in the industry.

Data from the U.S. Department of Commerce’s Bureau of Labor Statistics indicates that, while black workers represent 12% of the nation’s workforce, the percentage of workers in the construction industry who are black has remained roughly flat at 6% since 1995.