Deal faces potential challenges from Korea’s monopoly regulations, and the fate of Doosan Bobcat is uncertain 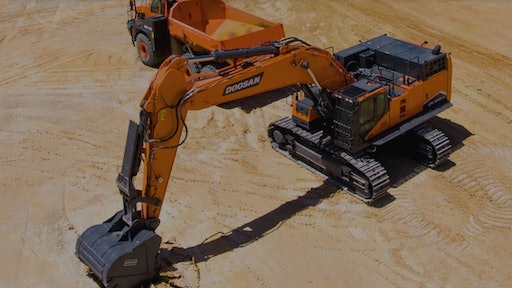 The sale of Doosan Infracore is part of the restructuring process for Doosan Heavy Industries & Construction, which was facing a 4.2 trillion won debt load scheduled to come due before the end of the year. The power plant builder took a major hit when the South Korean government chose to depart from nuclear and coal power.

Details of the acquisition have not been divulged, but it’s important to note that in 2018, Doosan Infracore North America separated its business from that of Doosan Bobcat. Doosan Group acquired the powerful compact-equipment player in 2007, and it seems the Korean company may have been preparing to retain the profitable brand.

Hyundai Heavy will secure Doosan Infracore’s manpower, research and development capabilities and patents as well as its global distribution network. Doosan Infracore’s strong presence in the Chinese market is expected to speed up Hyundai Heavy’s market expansion. And Doosan’s engine business is seen as a significant asset to Hyundai Construction Equipment.

A significant hurdle for the deal will be receiving merger approval from the Korea Fair Trade Commission, Korea Economic Daily reports. Under the country's Monopoly Regulation and Fair Trade Act, a company is considered to have a market-dominant position if its market share exceeds 50%.

The combined companies would be South Korea’s largest construction machinery company, with a Korean market likely to exceed 60% of the domestic excavator market.

The sale would move Doosan Group closer to meeting its pledge to secure 3 trillion won ($2.7 billion) through the divestment of core assets in return for a state bailout to keep debt-laden Doosan Heavy Industries & Construction Co. afloat.