Months after announcing plans to sell a controlling stake in its operations, Doosan Infracore has selected Hyundai Heavy Industries as the preferred bidder. 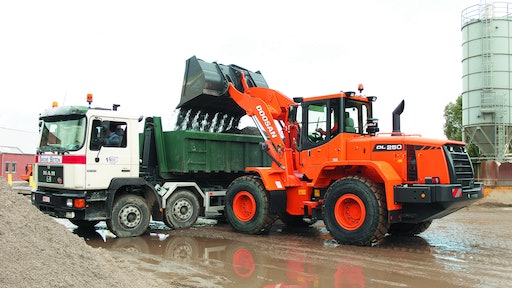 In early September, Doosan Infracore Co., South Korea’s largest construction equipment maker, announced the opening of preliminary bidding for a controlling stake in its operations. At that time, Hyundai Heavy Industries Group emerged as a top-tier bidder. On December 10th, it was announced that Hyundai Heavy has been selected as the preferred bidder. Respective parties including creditors were informed Thursday morning.

The sale of Doosan Infracore is part of the restructuring process for the beleaguered Doosan Heavy Industries & Construction, which was facing a 4.2 trillion won debt load scheduled to come due before the end of the year. The power plant builder took a major hit when the South Korean government chose to depart from nuclear and coal power.

Doosan Heavy will sell a 36.27% stake in Doosan Infracore and its management. The company’s majority stake in U.S.-based Doosan Bobcat is not included as part of the sale. While the sale price has not been disclosed, it is estimated at between 700 billion and 800 billion won.

Hyundai Heavy Industries Holdings – parent company of Hyundai Construction Equipment Co. – entered into the bidding process on September 28 after Doosan Group indicated it would repay any overseas debts owned by Doosan Infracore. According to The Korean Economic Daily Global Edition, Hyundai Heavy was chosen as the winning bidder "for its fundraising ability, thanks to its consortium with the state-run Korea Development Bank (KDB), alongside its anticipated synergy with Doosan Infracore's construction equipment operations."

Details of the deal between the two companies is expected to be completed by the end of 2020, and will be subject to merger approval from the Korea Fair Trade Commission.

More than 1,000 primarily union jobs will be lost following the cancellation of the controversial pipeline project.
Becky Schultz
January 21, 2021
Follow Us