The Power of Taking the Initiative with Construction Customers

The power of taking initiative can move you and your reputation with customers, suppliers and your own employees to greater heights of respect and satisfaction 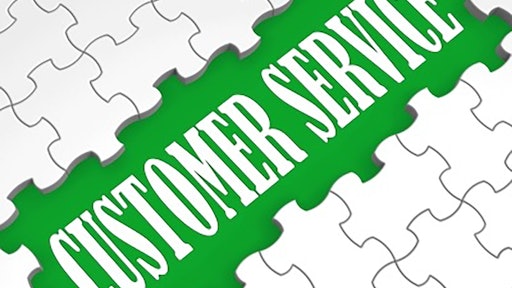 Taking the initiative requires forethought, purpose and calculates the right timing for the right action.

Jack was a hardworking specialty contractor who did everything he could to satisfy his customer. Not willing to be outdone by competitors, he most often spent many hours each weekend following up on projects that his crews had completed the previous week. He would literally walk most of the jobs to ensure that what his crews were supposed to do had been done to his satisfaction.

Finding a mistake on one of his weekend audits, he found a major quality problem with the columns his crews had completed. The finish was poorly done, leaving more exposed rock than Jack wanted to see. He contacted his crew foreman for this job, Bobby, and inquired as to what had happened to leave the concrete looking so rough. After listening to Bobby’s perspective he informed his crew foreman that the crew needed to come back to this site Monday morning and take the appropriate action to improve upon their effort.

Jack, true to his commitment to provide quality results for his customers, contacted the customer of the poor quality issues, and informed him that his crews would be returning that same morning to address a quality issue. The customer was, first of all, impressed with Jack’s effort, telling Jack that the columns were to be covered anyway and that no one would have known the difference. Jack’s reply was a simple, “But I would!”

This action on Jack’s part not only impressed the customer but also led the customer to passing on some good references on Jack’s behalf to other potential customers. Over the course of the next year, Jack would end up doing work with more than four additional customers who had heard about Jack’s commitment to quality and his leadership to take the initiative.

Many contractors are “go-go” people. Their personality alone often reflects the proverbial, “bull in a china shop.”

They see, they want, they get!

Taking the initiative is most often realized and appreciated whenever there has been a problem or disappointment, such as a when a customer has not received a contractor’s best effort (i.e. see Jack) and that same contractor takes the initiative to correct the wrong. Such efforts by contractors often grow into tales of respect spread about a community by the customers who have experienced such initiative committed by contractors.

If taking the initiative is so powerful a tool, what might be some secrets to take this simple-looking effort and truly position it to be a great tool of customer satisfaction and even employee retention? Let’s explore some ways that can add more punch to your already growing and positive impact on others.

There are perhaps as many tips on when and how to take the initiative as there are people, projects and opportunities. Let me provide a few of the more “people” tips of conduct when taking the initiative.

This might sound simple, but it is critical that whenever the initiative is taken to correct or resolve a situation that the contractor seeks first to communicate with the number one decision maker. The contractor might have to go through someone else first, but make the effort to contact the primary player.

2. Study your initiative before delivery

Before taking the initiative the contractor certainly wants to include any resource that can give him better advice about costs, probable longevity of solution and consequences for alternatives. Seeking such valuable resources can give the initiative greater power.

4. Recognize the potential costs of waiting

Timing is everything. Taking the initiative too quickly can make a less-than-effective impact on a customer. Often, in their hurry to beat their competitors to the punch, contractors might shoot before they have fully loaded the right initiative. Landing the first punch is sometimes critical but it is still more effective that your first punch be one that is solid in its strategy and proposed delivery.

5. Be confident; believe in your initiative

The power of taking initiative can move you and your reputation with customers, suppliers and your own employees to greater heights of respect and satisfaction. From responding to customer requests quickly to delivering on the request by employees for feedback to their questions about a new policy, the contractor will always win a more favorable reception if he takes the initiative.

Don’t wait to respond to others who have made their request a second, third or perhaps even a fourth time. Contractors who take the initiative, even if it’s to honestly report that, “We just haven’t made a decision yet,” will still garner greater respect from others compared to those who choose to sit in silence.