Construction laid off 13% of its workforce in April, and new AGC/Procore data measures where work hours have fallen the most and why this ‘essential’ activity is contracting at record rates 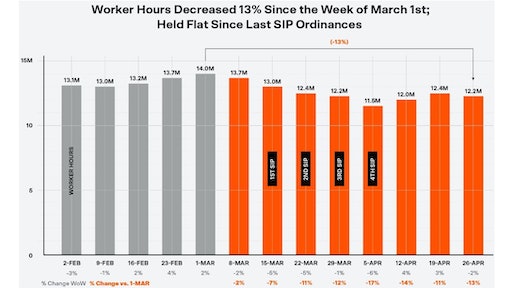 Construction is considered “essential,” or a critical part of other “essential” industries for the purposes of coronavirus-related stay-home orders, but new industry research shows that the money backing private projects apparently defines “essential” differently.

The Bureau of Labor Statistics reported today that America lost 20.5 million jobs, by far the most sudden and largest decline since the government began tracking the data in 1939 (but the Dow gained 1.9%). Nine hundred and seventy-five thousand of those were construction jobs, which the Associated General Contractors of America says is nearly 13% of the industry’s workforce and the worst one-month decline ever. The unemployment rate in construction jumped from 4.7% in April 2019 to 16.6%. 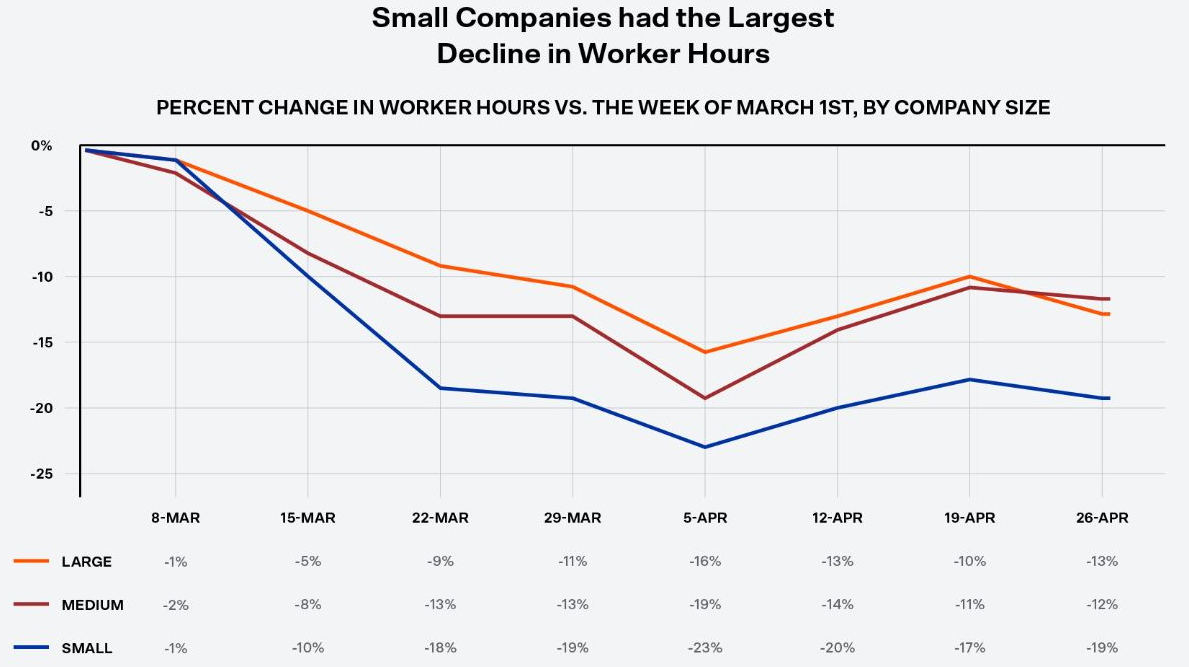 Results of an AGC survey of over 800 construction firms released today revealed that while only 30% of firms report projects have been halted by government order, 37% say their owners voluntarily halted work out of fears of the pandemic. Thirty-one percent report that owners have canceled projects because of a predicted drop in demand. And 21% report projects canceled as a result of a loss of private funding.

All told, 67% of firms report project cancellations or delays since the start of the outbreak in early March. Twenty-three percent report cutting staff in March and 22% cut staff in April. Yet AGC Chief Economist Ken Simonson says the job losses would likely have been worse if not for the federal government’s Paycheck Protection Program loans, noting that 80% of respondents report having applied for the loans and most having been approved.

The association economist cautioned, however, that recent, vague revisions by the Treasury Department to its guidance for the loans have prompted 18% of firms report to considering returning the funds, and most of these will be forced to cut staff as a result. Simonson added that is one reason why 12% of firms report they plan to make additional layoffs within the next four weeks.

“Unfortunately, our survey indicates that layoffs are continuing to occur throughout the nation,” Simonson added. “Between March 1 and May 1, 39% of responding firms reduced their headcount. Reductions were particularly severe in the Northeast, where 53% of firms terminated or furloughed employees. The South had the fewest firms reporting staff reductions—29%, while 38% of firms in the Midwest and 45% in the West reduced headcount.”

The AGC survey results are supported by new data released by construction technology firm Procore. The data is based on transactions logged on the company’s software by tens of thousands of construction firms across the country. The data shows work hours recorded on construction projects have fallen 13% since March 1, when the virus first began to spread in the U.S. Work hours on infrastructure and non-infrastructure projects have decreased about the same amount. But small construction firms (less than $20 million in annual revenues) have experienced significantly greater reductions in work hours than medium-sized and large firms. State breakdowns of the data shows where weekly hours have dropped the most and least since March 1.

“We realized that the construction industry primarily gathers data through surveys, which can take a long time, and it’s pretty tough to get a quick visualization or snapshot of what’s going on with construction at a national and state level. So we decided to do something about it,” said Kristopher Lengieza, Senior Director of Business Development at Procore. “These insights are helping industry organizations and economists analyze trends, debate potential courses of action, and decide on the best path forward, in an effort to support the construction industry through the current pandemic.”

AGC is calling on federal officials to take additional steps to prevent more industry layoffs. Among those steps is clarifying the guidance regarding the paycheck protection program. He also noted that 61% of survey respondents say Congress should enact a “safe harbor” set of protocols to protect firms that are following safe practices from tort or employment liability in the event of a COVID-19 infection.

Forty-three percent of survey respondents hope for a larger federal investment in infrastructure, which will be especially vital as budget constraints force many state and local officials to curtail capital expenditures. And 32% of firms report they would like Washington to enact a COVID-19 business and employee continuity and recovery fund. An equal percentage also wants Congress to fill state highway transportation departments’ immediate, $50 billion funding gap.

“Federal officials can, and should, take additional steps to help avoid more layoffs and economic hardship,” Simonson added. “The construction industry’s job losses have little to do with temporary work-stoppages, but a lot to do with longer-term economic problems that will not end with the stay-at-home orders.” 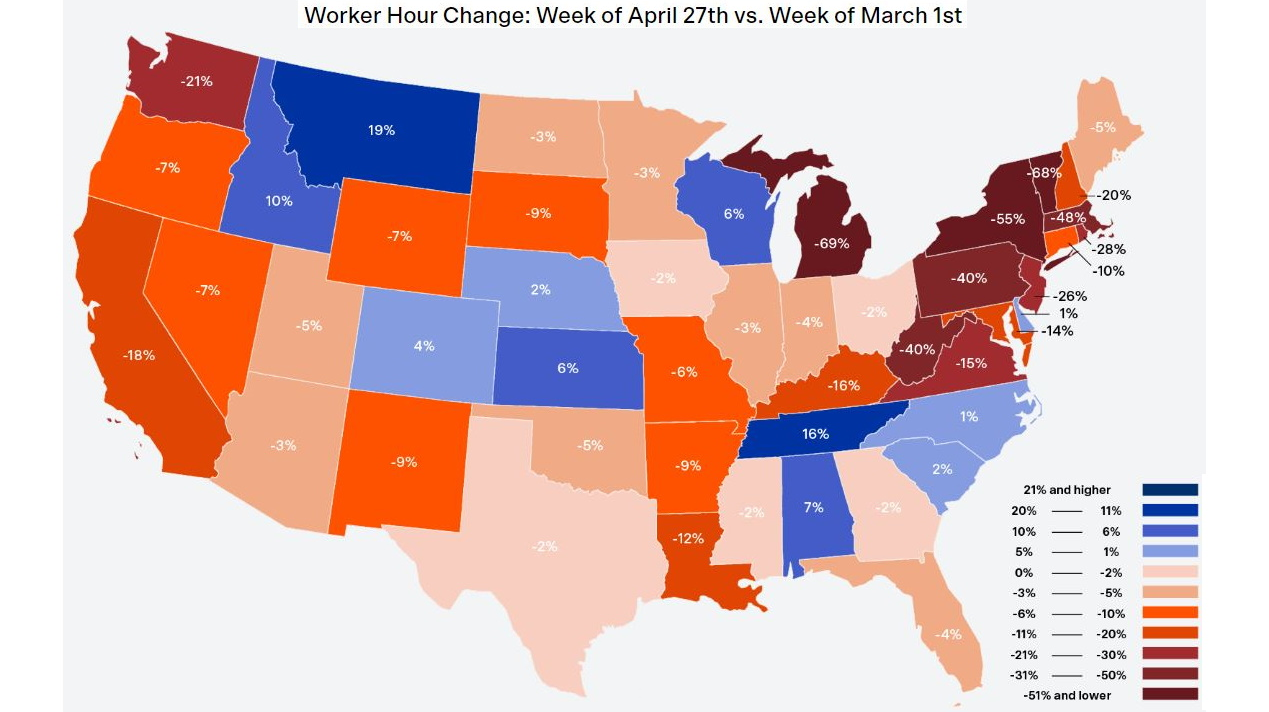