AASHTO projects DOTs will need nearly $50B to continue operations in the face of drastic falloffs in motor fuel tax revenues, toll road receipts, and other funding sources resulting from coronavirus response 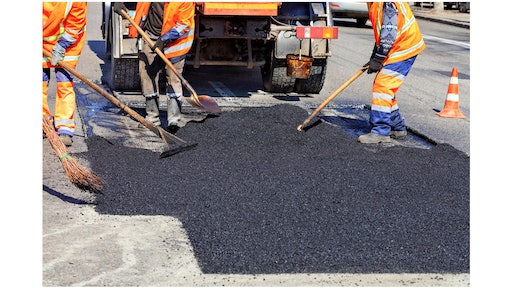 A $3 trillion, 1,815-page COVID-19 relief measure proposed by the House of Representatives on May 12 contains $15 billion in stopgap funds for state departments of transportation – well below the nearly $50 billion the American Association of State Highway and Transportation Officials projects state DOTs will need to continue operations in the face of drastic falloffs in motor fuel tax revenues, toll road receipts, and other funding sources.

Specifically, the House’s proposed “Phase 4” COVID-19 bill – entitled the “Health and Economic Recovery Omnibus Emergency Solutions” or “HEROES” Act – would provide $15 billion in grants to support the ongoing work of state, U.S. territorial, and Native American Indian tribal DOTs and certain local governments to mitigate the effects of the COVID-19 pandemic, including the salaries of staff and other administrative expenses.

Transit agencies would get a further $15.75 billion in operating assistance funding, with $11.75 billion distributed by formula and $4 billion available via grants. That money would be in addition to the $25 billion in emergency relief doled out to transit providers via the $2 trillion CARES Act passed on March 27.

According to an analysis of the “Phase 4” relief bill by AASHTO, state DOTs would receive $14.775 billion distributed by formula funding, with tribal DOTs getting $150 million, Puerto Rico getting $60 million, and territorial DOTs receiving $15 million. Additionally, HEROES Act funds would be subject to Surface Transportation Block Grant Program or STBGP eligibilities and be provided at 100% federal share, with those funds allowed to cover operational, maintenance, and administrative expenses, including payroll needs.

More broadly via the proposed HEROES Act, state governments – as well as those of territories and tribes – would receive $540 billion in flexible funding to help them cope with the fiscal impacts of the COVID-19 pandemic, while local governments would get $375 billion.

“We want to thank House leadership for acknowledging the challenge facing state DOTs due to impacts from the COVID-19 pandemic,” noted Jim Tymon, AASHTO’s executive director, in a statement. “While this isn’t the $49.95 billion we asked for, it’s a good start. We look forward to working with House and Senate leadership to determine a level of funding that will allow state DOTs to continue to meet the needs of a nation and its economy that is getting ready to return to work.”

However, Senate Majority Leader Mitch McConnell, R-Ky., noted in a statement on May 12 that the House’s bill is “exactly the wrong approach” and is focused on developing a different Phase 4 COVID-19 relief proposal.

Bipartisan support had been growing for the nearly $50 billion state DOT funding “backstop,” with more than 130 members of the House of Representatives supporting that request in a letter sent on May 11 to House Speaker Nancy Pelosi, D-Calif., and Minority Leader Kevin McCarthy, R-Calif.

“Our transportation system is essential to America’s economic recovery, but it is facing an immediate need as the COVID-19 pandemic is significantly impacting states’ transportation revenues,” the letter said. “With millions of Americans following ‘stay-at-home’ orders to reduce the spread of COVID-19, many state governments are facing steep across-the-board reductions in tax revenues.”

The House members noted in their letter that state motor fuel tax revenues and toll receipts are falling off dramatically as vehicle traffic declines by 50% in most parts of the country due to work and travel restrictions.

As a result, state DOTs expect to experience an estimated 30% average decline in forecasted revenues over the next 18 months – with some potentially experiencing revenue losses as high as 45% – and those revenue losses will be steeper sooner rather than later.

“Due to these grim realities, some states are unable to make contract commitments for basic operations such as salt and sand purchases for winter operations,” the members said. “Both short-term and long-term transportation projects that were previously set to move forward are being delayed, putting construction jobs at risk.”