The Concrete Foundations Association addresses the concern for structural integrity of concrete footings due to water in the excavation. 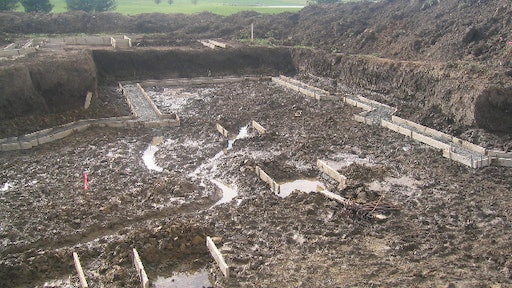 Spring rains left this foundation with standing water in the excavation. Concrete placements should take place promptly before saturation of the grade occurs.

Question: I visited the site of my new home and noticed a lot of water standing where the concrete walls will soon be poured. Won’t this be a problem for the quality of concrete in my footings? – Home Owner (Missouri)

Answer: This is a very common question, particularly during the predominantly rainy spring construction season. Concrete, as we know, is a basic mixture of water, cement, sand and large aggregate. There are also chemicals in virtually all of modern mixes for a variety of performance enhancements. One of the most critical parts of the mix design is the specified water-cementitious material ratio (w/cm). This specification will ultimately determine the effective strength properties of the mix as well as controlling the volumetric change during the hardening changes. This column has previously addressed the nature of increased water in mix designs.

At the very heart of this question is the basic idea that if a concrete mix is placed into water it will be harder for it to dry and therefore harden to be strong enough to support the structure. After all, most homeowners see concrete as a fluid that must first dry to get hard and if even more water is present, it must be like the glue their children use in school and weaken as the water mixes in. Although the homeowner may be justified with some concern for the presence of standing water, the strength of the concrete in the foundation is more than likely not part of it. 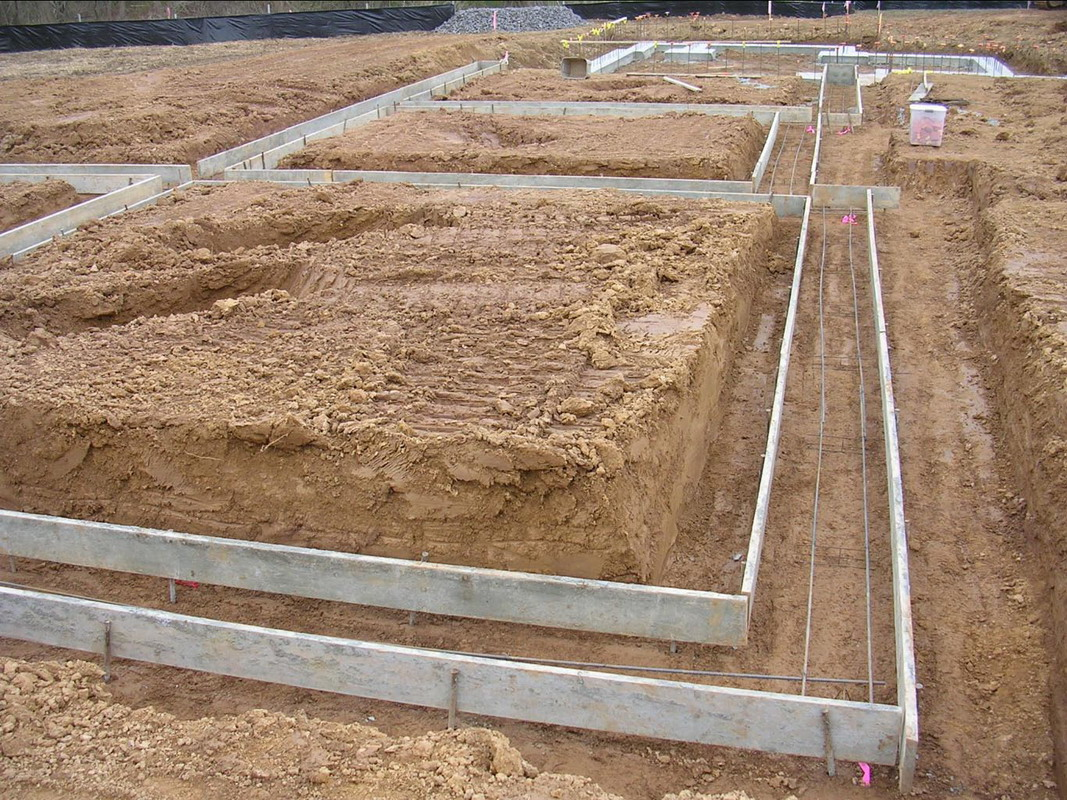 The overdig of this excavation combined with suspended footing forms provides protection from standing water in a confined space for this project.

As a contractor, your duty is to provide assurance for the performance of your construction. When it comes to a concrete mix, that assurance includes some basic facts:

ACI 332-141 states in the commentary section R6.2.4:
…If the footing form permits water to exit, the hydraulic pressure of the concrete placement is sufficient to displace the water from the formed areas and prevent segregation.

Read Next: How to Manage Moisture Loss and Temperature of Freshly Placed Concrete

This commentary builds on the minimum code requirement for not placing concrete in confined areas with water. This section provides recognition that concrete has a mass greater than that of water and during a placement operation, the concrete will displace or move the water due to a combination of this mass and the force of discharge creating a greater hydraulic pressure than the water can withstand. Moving ahead of the concrete placement, the water will exit the formed footing space at the first opportunity. If the footings are excavated into the undisturbed soil and there is no point at which the slope produces a natural exit, the concrete placement force and weight is still likely to force the water to exit over the top of the footing space. As long as the placement proceeds to fully displace the water, there should be no cause for concern. Only when the concrete does not fully displace the water will the partial volume of concrete and water result in segregation of the concrete mix where the large aggregate is separated from the cement paste.

The homeowner is likely also concerned with seeing mud, knowing that mud is softer than dry soil and thinking it is not ready to carry the load of the concrete foundation and therefore the house. There are some facts that can assure the homeowner for this concern as well:

Water present on the top of soil does not immediately present a problem as saturation takes time. Depending on the type of soil and likely for most soils encountered for a foundation, that time can be considerable. However, the contractor must determine if the water presence has been sufficient to alter the surface of the prepared excavation. The IRC2 provides reference to this condition as follows in section R401.4.2:

In other words, when the surface condition of the excavation is changing or no longer holds the condition of the designed soil capacity, remediation needs to occur. This is often a last resort that can be prevented with some common precautions including:

Saturated soils do have a lower bearing capacity than the predicted or assumed condition. This is mainly due to expansion of the soils as the volume is increased with water. If concrete placement can be achieved soon enough, it is unlikely the water will have moved into the soil sufficient to disturb the compaction and bearing capacity will be maintained. 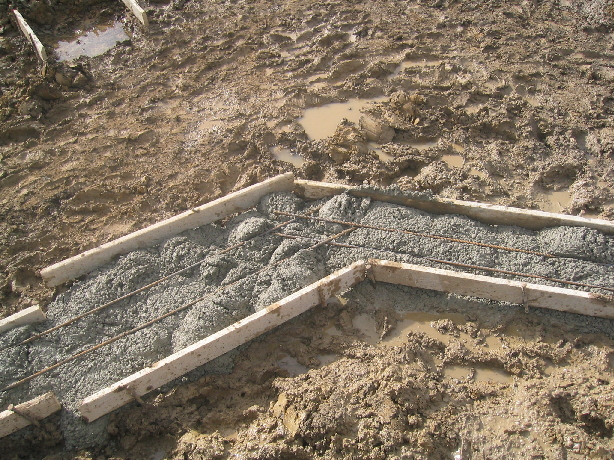 Contractors can plan exit strategies for water in the forming system for the hydraulic pressure of the concrete to push the water from the formed condition.

When soils are determined to be saturated or when the placement could not be made quickly enough, the excavation should be cleared of the loosened soils, mud and water sufficient to re-establish the soil-bearing capacity assumed for the design.

Contractors should not be surprised to hear this concern from the homeowner. Knowing the facts, providing the reassurance and identifying the resources that can support your position are keys to a productive conversation on this issue. In fact, the contractor may very well have anticipated the inclement weather, and as stated previously, designed the forms for the movement of water. The contractor may also have experience in the remediation of the saturated soil condition, either removing the affected regions or drying out the excavation and ensuring compaction. Knowing the provisions of ACI 332-14, and the IRC, will help deliver a positive outcome to a natural part of the construction process.

Ed. Note: Want to know more? Contact CFA Executive Director, Jim Baty at 866-232-9255 or by email at jbaty@cfawalls.org. The CFA is a national association with the mission to support the cast-in-place contractor as the voice and recognized authority for the residential concrete industry. ACI 332-14 can be obtained by contacting the CFA or by visiting the American Concrete Institute (www.concrete.org) and ordering from their bookstore.

This article was originally published on June 11, 2015.

[VIDEO] This Week's Top 10 Construction Stories: This is the Most American Pickup