Carbide 101: A Primer on Tungsten Carbide in Concrete Drilling 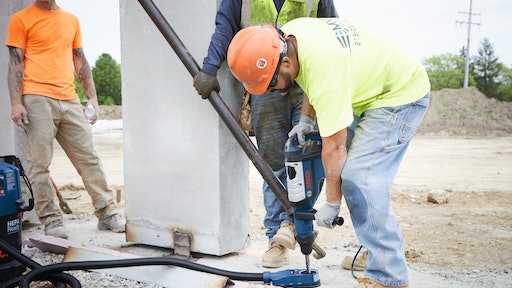 Carbide is one of the most important materials in concrete drilling. It’s a tough, long-lasting material that’s well-known as premium for precision drilling in concrete, hard concrete or hard aggregate. But there’s a little more to employing carbide in concrete applications than placing it on the end of a drill bit.

To give concrete pros better insight into the ins and out of carbide, Bosch Group Manager Tom Grego offers the following insight into use, application and best-practice for carbide in drilling applications.

What is tungsten carbide?

Grego: It’s a compound of different materials that starts in powder form. It’s formulated to take a solid shape and can be used in a number of different products. In the power tool industry, it’s used in accessories as a drill bit tip or on the cutting edge or a blade. Primary attributes of tungsten carbide are robustness and life in harsh applications like drilling in hard aggregate.

What drives the universal acceptance of carbide in concrete applications?

Grego: The perception in the industry is that a product with carbide on it is a better-performing product. For example, when you consider a circular saw blade with standard steel teeth versus a blade with carbide teeth, performance goes up dramatically with the carbide blade. The same goes for other cutting accessories: oscillating blades, jig saw blades and reciprocating saw blades.

In the concrete industry, carbide is the standard for drilling holes in concrete and masonry because the material offers the robustness to last for a long period of time. Carbide has become a broad term in the industry, but users know that not all carbide is the same. Users may not know the why of carbide differentiators, but they know the results.

Carbide is different from the steel that makes up the rest of the drill bit. Whether it’s a standard concrete drill bit that goes into a three-jaw chuck tool or an SDS-plus bit or SDS-max bit, the shank is a solid-body piece of steel that’s fluted to ensure material removal. At the tip of that drill bit, the contact point with the work, is some form for carbide. 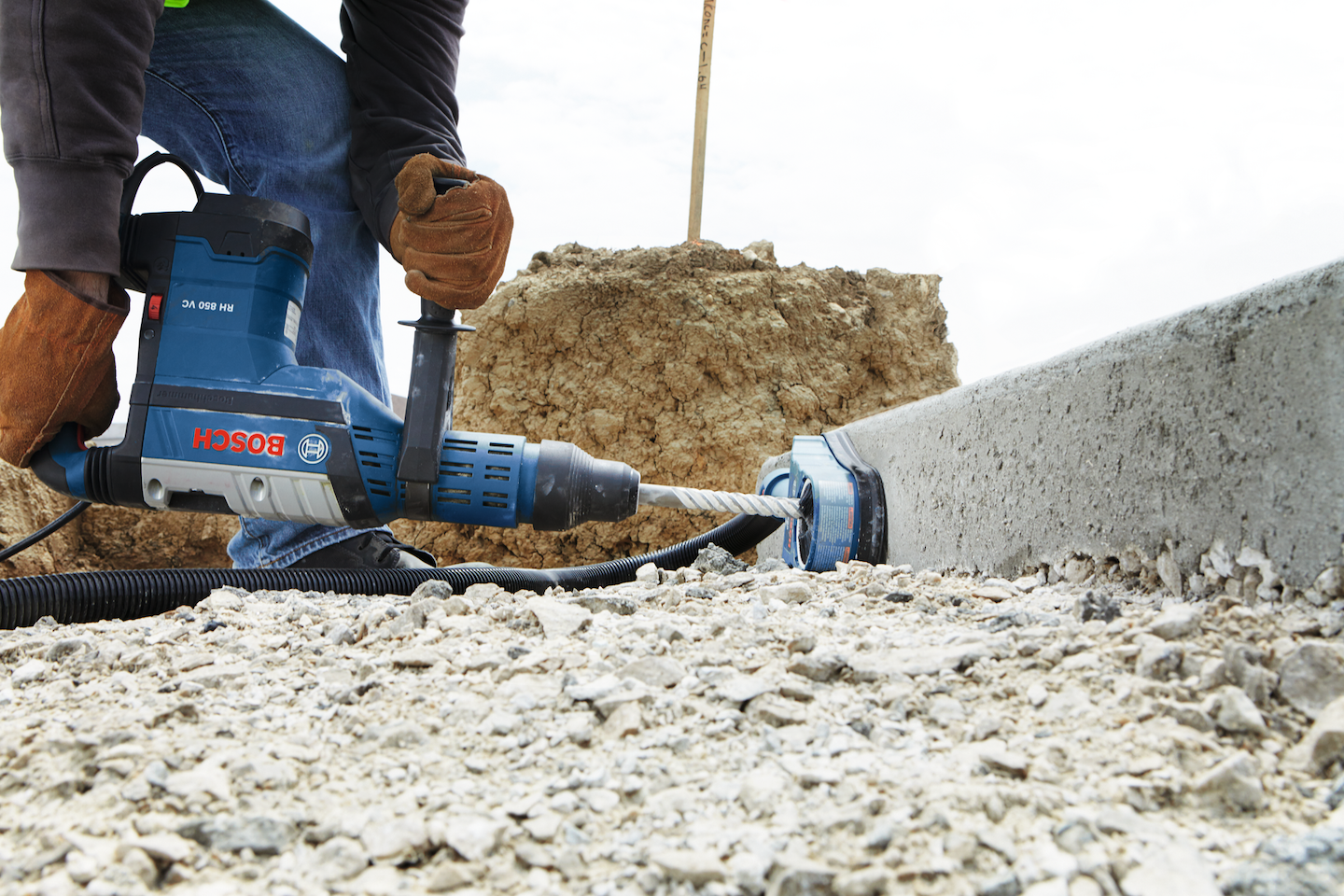 What can you say about the various bit designs that incorporate carbide?

Grego: The most common design in concrete drill bits is the two-cutter, although most users wouldn’t refer to it that way. They just know the bit by the two cutting edges on the end of the bit tip. The standard manufacturing process is milling out the steel at the end and attaching a carbide chip, with two edges, using a welding or braising process that connects the carbide to the steel. This is a process known in the concrete industry as embedded carbide.

The next iteration of concrete bit design is the four cutter. In this design, two additional notches are made in the steel on either side of the original carbide chip. New designs have one piece of carbide notched into the steel bit in the shape of the four-cutter. Users may not understand the intricacies of two-cutter versus four-cutter design, but they do know that more carbide at the end of the bit represents a better, longer-lasting concrete drill bit.

Is there a third option?

Grego: Full-head carbide is not notched pieces set into the steel shaft, but a 100 percent carbide tip that’s interwoven with the steel to create a stronger bond. This is the most robust, longest-lasting design when drilling into hard aggregate or concrete with rebar. There’s a visual difference between the three options.

Some manufacturers are adding more teeth or cutting edges to the carbide head design instead of making a more solid piece because it is difficult to do correctly. Some concrete drill bits have six or more cutting edges now. This tends to be an aesthetic option versus an extreme performance jump.

How does the user know what grade of carbide they’re using?

Grego: Sub-par carbide breaks apart and can be brittle. Poor carbide can chip, or if the welding or braising process is poor, the entire bit head can break, pop or twist off. Users can see the difference in performance. There’s a cost consideration in these bits. How do users justify a more expensive bit?

Grego: The No. 1 cost on any jobsite is labor. When the workers can’t work because of equipment failure and the need to change a bit, that’s downtime. Worse yet, if there’s no replacement available and workers need to walk the site looking for a replacement bit, it’s a waste of money. If there are no replacements, work simply stops.

If the user has a bit with five times longer life and workers can stay at the task longer, that’s a big savings. It’s less downtime. Also, workers sometimes can be placed in difficult and strain-inducing positions to drill holes for anchors in concrete. Rotary hammers used for these tasks are powerful and sometimes heavy, plus there’s extreme heat or cold weather. The sooner the worker can complete the job successfully in these difficult conditions the better off that worker will be and the more exacting the work. Breaking a drill bit when hitting rebar or simply wearing out an inferior drill bit prolongs the difficult task.

Do concrete bits have any role in user safety?

Grego: Recently, users saw a demonstration of what happens when a two-cutter bit hits rebar in concrete. That’s dangerous because the tool can jam and wrench the user’s arm. Bosch has Kickback Control technology in its tools to stop the tool to help prevent injury to the user.

Or there’s this option: A four-cutter bit will not bind when it hits rebar. The four-cutter design doesn’t lock on rebar the way a two-cutter can. This helps prevent injury, but then the bit can suffer failure with a broken head or the cutters become unusable. Then you’re out $80. By contrast, a full-head carbide bit would just drill through the rebar and keep going. The other option is to change to a rebar cutter bit, drill through the rebar and then go back to the concrete bit.

How would you summarize what concrete pros need to know about carbide?

Grego: Users know some basics about carbide, but their overriding expectation is that more carbide equals a better bit. They’re not wrong. Users just want to know the bit works. They don’t want the carbide to chip or the head to break off. It’s a show-me thing, and users will be happy if: Heat won’t kill the bit, rebar won’t break it and hard aggregate won’t wear it down.

The MX FUEL Handheld Core Drill delivers a safer handheld coring experience and the power to core up to 6 in. holes in reinforced concrete.
Milwaukee Tool Corp.
May 11, 2020

The drill/driver can sense bind-up situations and connect to mobile devices via Bluetooth for tool customization.
Bosch Power Tools & Accessories
May 10, 2019

CSDA Elects 2019 Officers and Board of Directors