Form-A-Tube allows contractors to instantly construct forms for shoring up pilings with cement. The system builds forms of any size on site, making it easy to use even in remote locations. 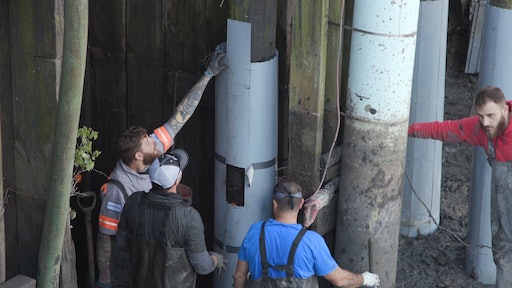 Panels of Form A Tube interlock together to take the intended shape. The more panels you use, the larger the circumference. Panels slide into place easily.
Form A Tube

Form-A-Tube, developed by Centennial Professor of Civil Engineering at the University of Arizona, Mo Ehsani, PhD, PE, SE., allows contractors to instantly construct forms for shoring up pilings with cement. The system builds forms of any size on site, making it easy to use even in remote locations.

"This stuff is so modular you can take it down into 6 1/2-in. strips, and put it together on site," says Harvey Sharp, whose company BCG Services is handling a water pumping station in Houma, LA. "It's second to none." BCG Servies was charged with repairing a vulnerable water pumping station. He found Form-A-Tube to be effective, economical, and fast. According to Sharp, using Form-A-Tube stands in sharp contrast to current methods for building forms for concrete, which he described as bulky, heavy, and full of fiberglass. In addition, with the Form-A-Tube system, the pumping station continued operating throughout the repairs. 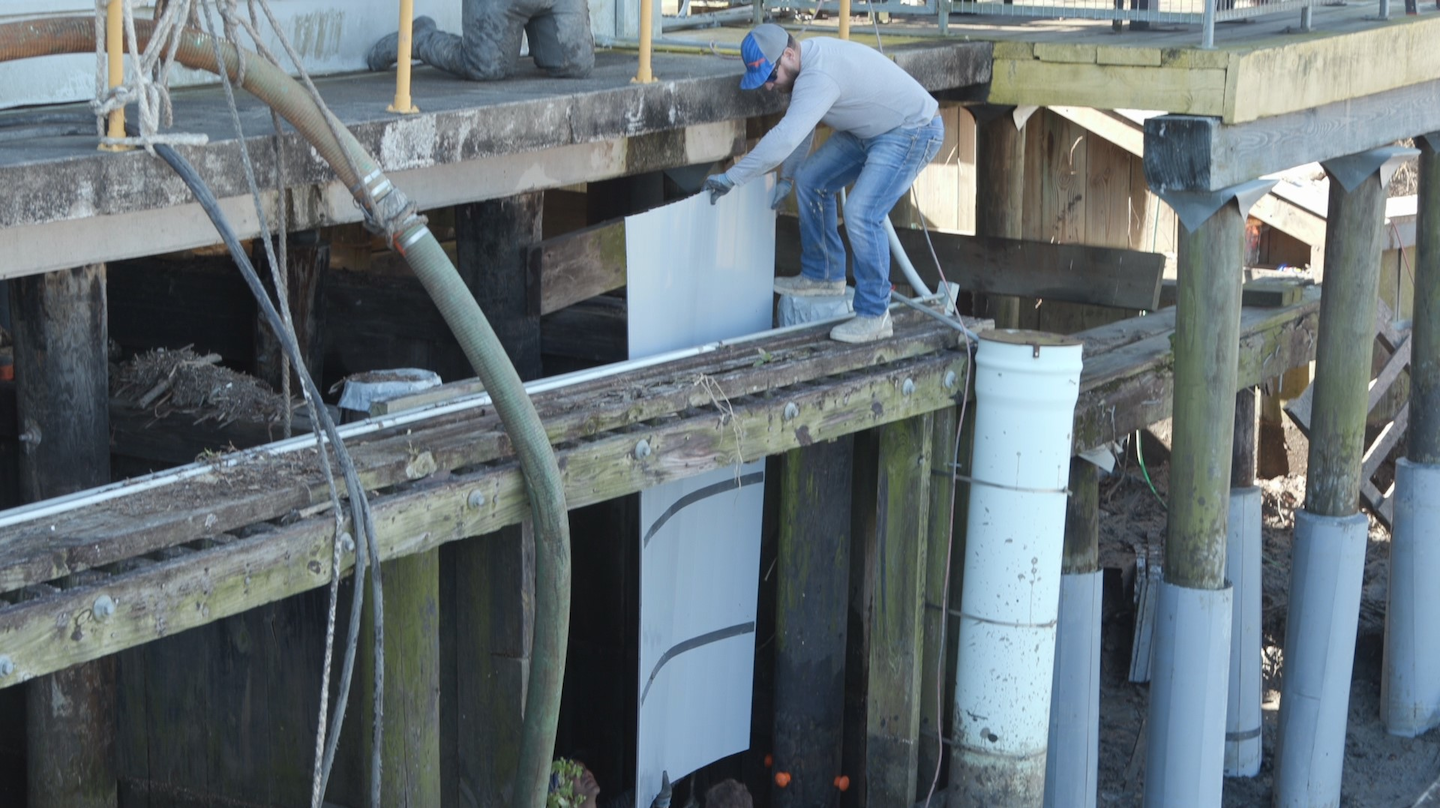 After constructing a panel, contractors can lower Form-A-Tube form down to where it is needed.Form-A-Tube

"It takes a quarter of the time that it would take to do a regular bridge repair," says Sharp, who added that his clients love it.  "If you had to remove the pilings, it would take months. Not only did Form-A-Tube save time, but saved the client's money." 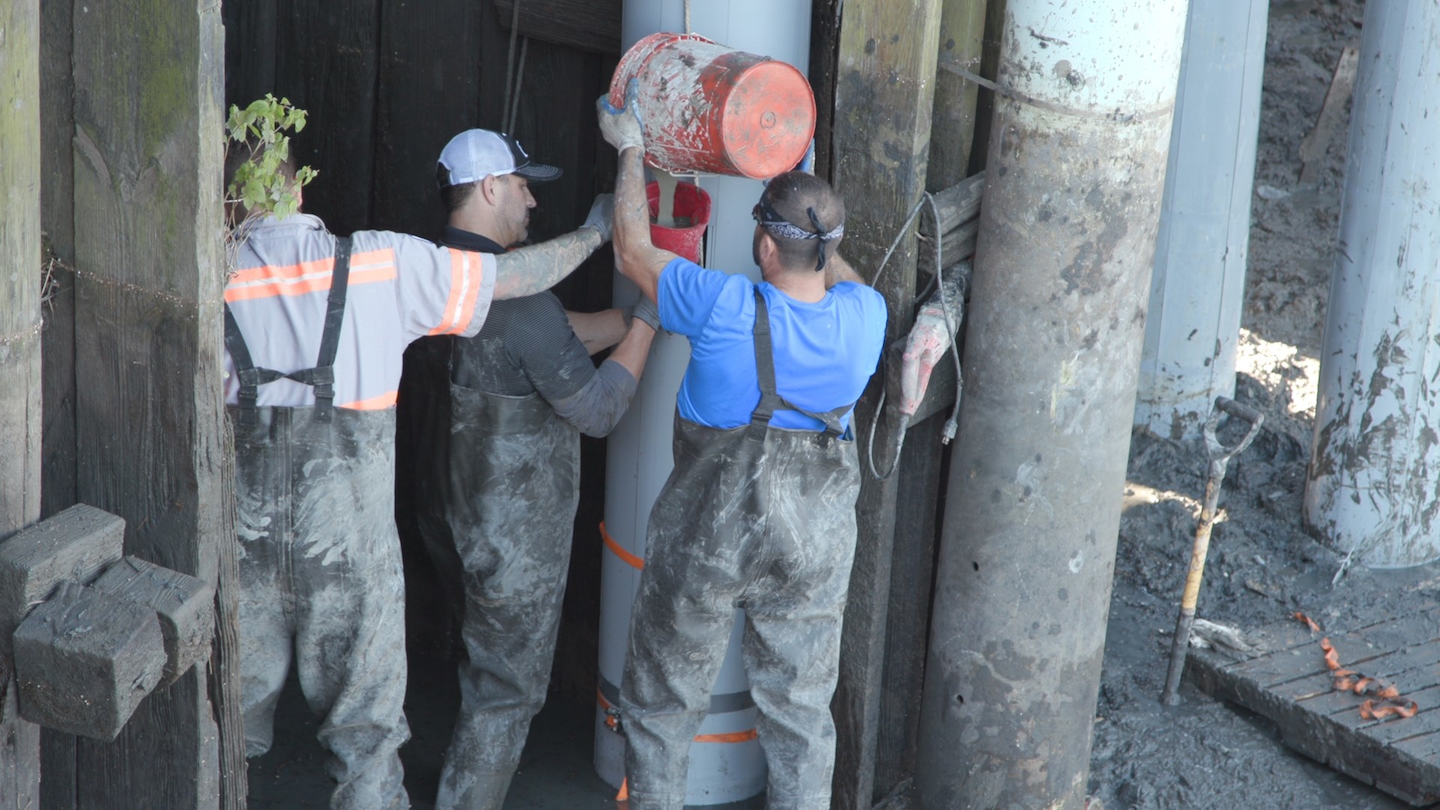 Form A TubeDr. Ehsani had set out to find a more efficient way to strengthen bridge pilings, but also wanted to develop an approach that was friendly to the environment. In contrast with standard cardboard and fiberglass forms that have to be shipped in on 18-wheeler trucks and can only be used once, Form-A-Tubes are reusable.

"One of the problems with cardboard tubes is that they are pre-made to specific sizes and heights, which is a challenge for contractors and difficult to transport," said Prof. Mo Ehsani. "Each Form-A-Tube piece has unique ribbing that can be placed inside the form and left in place, creating an attractive and almost impermeable outer shell.  Or the tube can be placed on the outside so once the concrete filling has hardened, the pieces can be removed – and reused."

Request More Information
Fill out the form below to request more information about Form-A-Tube Forms - Build Forms of Any Size, Anywhere
Latest in Forms