Retiring Executive Director to be Honored at Winter Tilt-Up Jubilee

The Tilt-Up Concrete Association (TCA) – the global authority for the tilt-up industry – will be honoring Ed Sauter, the association’s longstanding executive director, at their Winter Tilt-Up Jubilee during World of Concrete (WOC) Feb. 4, 2015. 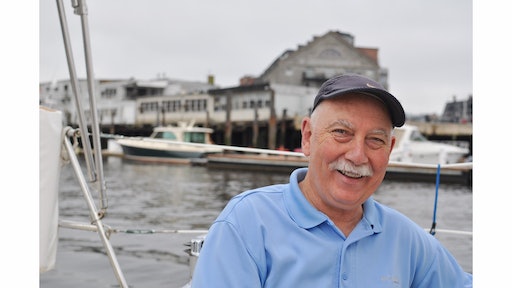 The Tilt-Up Concrete Association (TCA) – the global authority for the tilt-up industry – will be honoring Ed Sauter, the association’s longstanding executive director, at their Winter Tilt-Up Jubilee during World of Concrete (WOC) Feb. 4, 2015.

Sauter will enter part-time retirement at the end of this year and step down as TCA executive director. He began his tenure at the association in 1992, when – attending a meeting also held at WOC – he agreed to take over as interim director. He continued in the position for 23 years, bringing passion, commitment and leadership to the organization.

“Ed has been an extraordinary asset to this association for a very long time and we are excited to celebrate him and all that the TCA has become over the past two decades,” says Mitch Bloomquist, managing director for the TCA. “His impact not only on the organization, but the industry as a whole, cannot be overstated.”

In 2001, Sauter began expanding the TCA staff, going into partnership with Jim Baty, TCA’s technical director. Bloomquist was brought on board in 2010 to provide an even stronger focus on membership benefits and the association’s brand image.

“There is a rich history the TCA can lay claim to under the directorship of my partner, Ed Sauter,” Baty says. “It has been an honor to work beside such a selfless and committed industry leader and it is an honor to now celebrate him and the maturity of the association to which he has given so much. At the same time, we are excited for the future that Ed has directed as our firm has selected Mitch to take the reins.”

The inaugural Winter Tilt-Up Jubilee was held at WOC in 2014. The event is sponsored by the TCA Global Associates Council, a representative body of the TCA Global Associate membership. The jubilee provides a festive networking opportunity and is free to members of the TCA who register by Jan. 23, 2015. Non-member and on-site registration is $40. Registration will be refunded in full to those whose company joins the TCA within 30 days of the event. Register online at www.tilt-up.org/events.