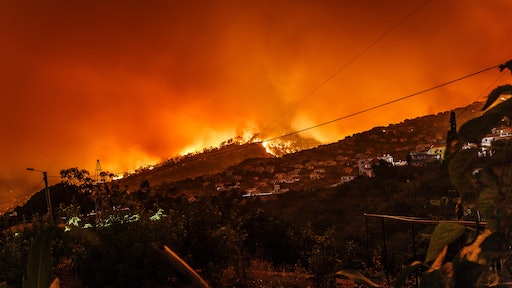 Titled, “Building a Safer Los Angeles,” the motion comes on the heels of devastating natural disasters throughout the area in recent years. The motion calls upon the city to “ensure that our growing multi-family housing stock is being constructed safely with skilled labor and is resilient in the face of growing threats from wildfires and other natural disasters.”

“By ensuring that new mid- to high-rise construction can’t be built with stick framing in high-risk areas, this measure will make the entire city safer,” Lawlor adds.

The motion calls for the expansion of Fire District No. 1, an existing planning and zoning overlay with provisions prohibiting certain types of construction, such as combustible framing. According to the motion, “it is time to revisit this tool and expand its reach to ensure that it captures the changing and growing regional centers and neighborhoods within the City of Los Angeles.”

Under the measure, Fire District No. 1 would expand to include three pre-defined areas: very high fire severity zones, high wind velocity areas, and areas with a population density of more than 5,000 persons per square mile, updated to reflect population growth every 10 years according to the latest census results.

Build with Strength Los Angeles points to the devastating economic and human impact as reason for urgency in passing the ordinance to update the community's building codes.

A study released by Urvashi Kaul, consultant and adjunct assistant professor at Columbia University, addresses the economic impact of wood-framed residential fires, particularly multi-family wood-framed structures. One of the two fires cited in the study, a 2014 blaze at the 1.3-million-sq.-ft. Da Vinci apartment complex in Los Angeles, required 250 firefighters to extinguish and shut down the northbound 101 highway for several hours. At least four surrounding buildings were damaged by the fire, including some owned or leased by the City Government.

"Los Angeles could lose $22.6 billion in wood-framed residential fire losses over the next 15 years," Kaul estimates.

While property damage accounts for roughly $20.5 billion of this figure, potential city expenditures could amount to $132.5 million, with $70.1 million going to police, fire, and sanitation departments, and another $62.4 million of indirect costs such as remediation, insurance and planning.

"Every person in the city has felt the economic and human impact of recent wildfires," says Lawlor. "Each day this measure remains in city council is another day that leaves residents and families without its protections. Los Angeles needs action now."