Rather than pay for specified material, DE Storage used Soil Connect and found the soil it needed for free. 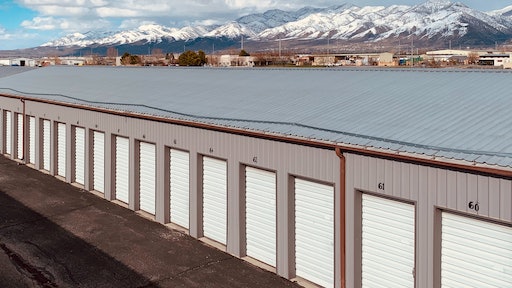 DE Storage has mini storage units (such as shown) throughout Delaware and is now branching into Pennsylvania.
Photo by Aw Creative on Unsplash

Building requirements in certain parts of the country include strict specs for type of soil used in site development. DE Storage found this out the hard way. Based in Delaware, the company has mini storage units across the state, plus is involved in commercial office space, stick-built homes, marinas, campgrounds and more.

When the company decided to venture into the neighboring state of Pennsylvania, the company encountered building rules and restrictions that it hadn’t anticipated. “When we started this job, they were specifying certain types of soil to use in stormwater management in a basement,” says Chris Teetor, director of operations.

DE Storage was originally told there was sufficient soil to meet its needs (800 cu. yds.) on site. But a second test of the soil said otherwise. The excavation company informed Teetor that it would cost $37.50 a yard, plus trucking, to bring the right soil in from over an hour away.

Teetor immediately began the search for alternatives. “It's kind of a word of mouth business, as far as talking to other site construction companies and saying, “Hey do you know where I can get this somewhere else or do you have it and can't use it?’ And everyone was like, ‘No, we pay for it too, and it's just the way that Pennsylvania's become.’”

Not satisfied, Teetor began doing more research. Ultimately, he chose to try a site that had popped up in his Internet search feed over the past few months.

“It took me three weeks to actually use Soil Connect,” he says. “It was kind of like a last resort.”

From Fee to Free

Soil Connect is a digital platform that connects those who have soil with those who need it. Founded in 2018 by third-generation builder and developer Cliff Fetner, the mobile and web-based app is intended to solve many of the inefficiencies associated with soil transport and management. 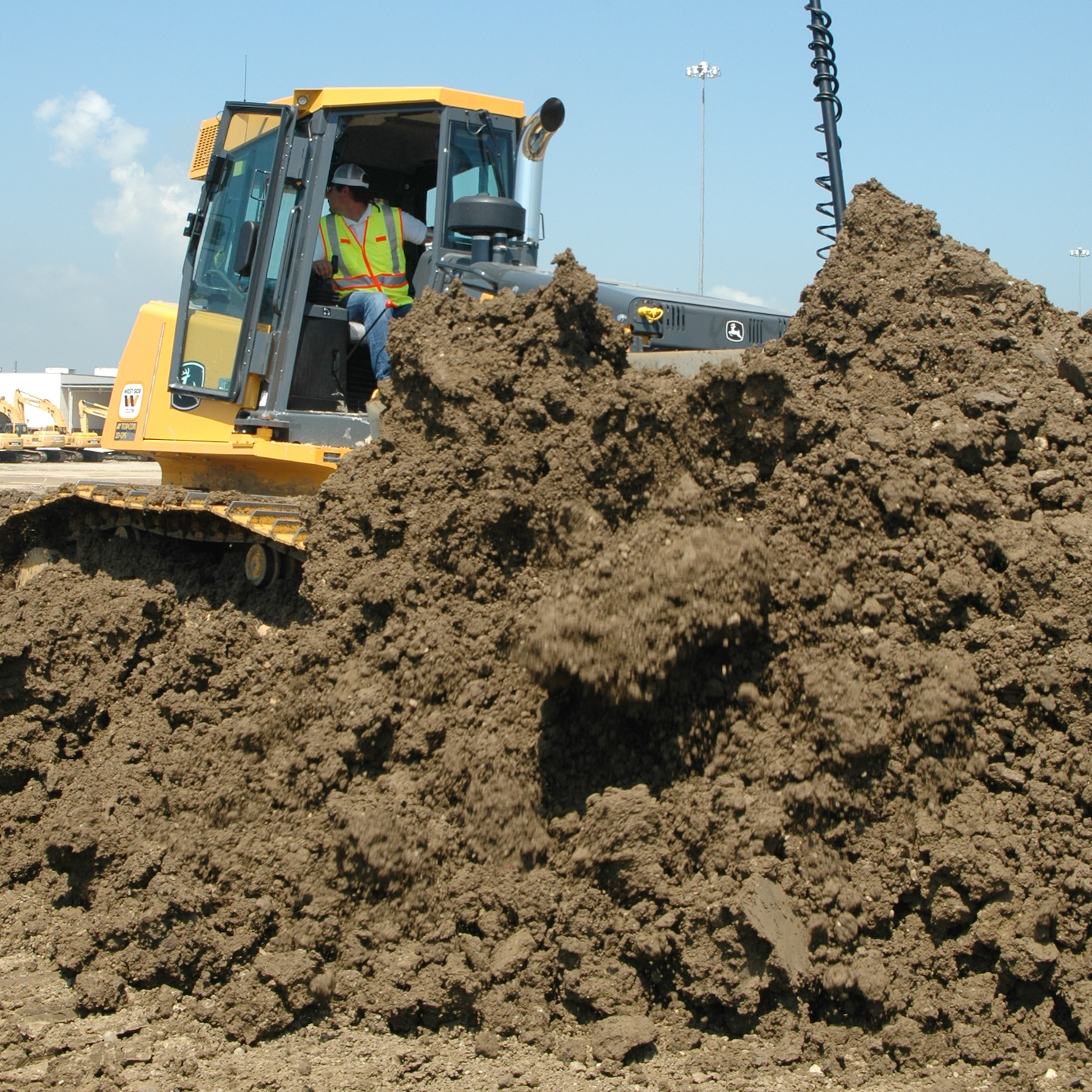 Founded by a builder and developer, Soil Connect is a digital platform designed to connect those who have soil with those who need it.The app combines technology and social networking capabilities to serve as a “one-stop shop for all things dirt-related.” Users can post listings and requests for soil, aggregates and other materials, and can even upload supplier-certified analyses and geotechnical reports. The app can enable soil providers and recipients to transact at shorter distances between jobsites for faster turnaround times and lower transport costs.

While Teetor was aware of Soil Connect, he previously had no need to use it. “We always had Delaware jobs where [we had the soil] on our site. I never had to go looking for a certain soil type that wasn't a phone call away,” he explains.

But then the Pennsylvania project came along and Teetor turned to the app out of desperation. “I had gone through every contact I've had for 26 years and [couldn’t] believe that there was not another way to do this,” he says. “I put my ad up and four days later, a guy calls me who's 45 minutes away and says, ‘I think [I have] what you need. You can have it.’ It ended up saving us $30,000 because we didn't have to pay the $37.50 a yard for it.”

“It was crazy because it was three weeks of calls to find somebody who was right around the corner that just hadn't advertised it but was obviously also looking at Soil Connect,” Teetor comments. “I was kind of shocked because nobody had said you should try it.” 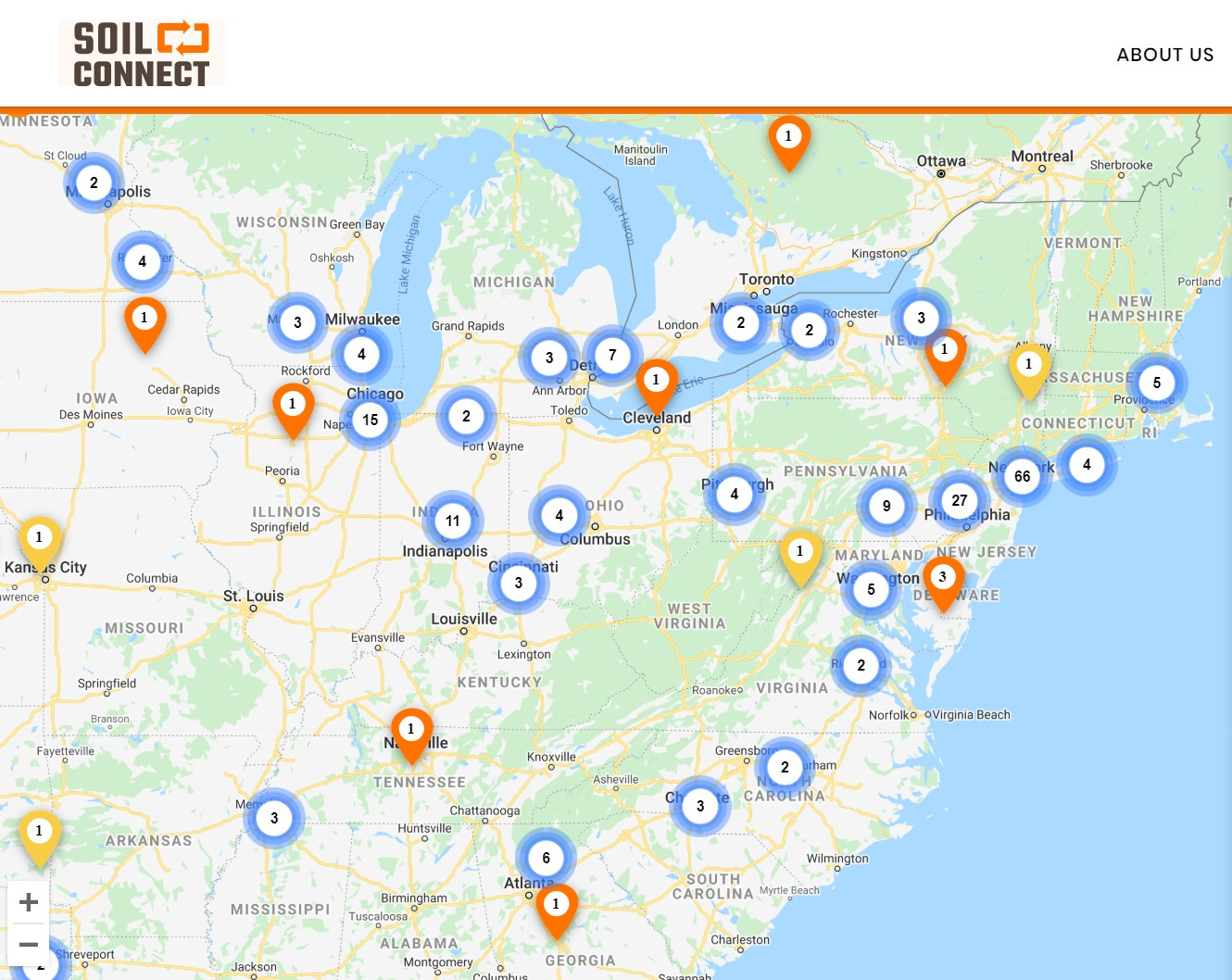 A "pin drop" indicates where people have material available or where they are looking for it. The app includes the type of soil, any cost involved, restrictions and more.There is no cost to use the app and the process is quick and intuitive. “They put a ‘pin drop’ right where people have [material] that they need to get off their jobsites or where they're looking for it, what type it is, If there's a price involved, if there's no restrictions,” Teetor points out. “It was super easy to use. It was just getting over the hump of thinking that this was going to be finding a needle in a haystack.”

Users can create ads to obtain and dispose of material. “It was three minutes of time to post my ad… and four days later, I had $30,000 in savings,” says Teetor.

He was so impressed, DE Storage already plans to use the app on its next project. “I’m going to use it on the job that I'm on now because we have an excess of topsoil,” Teetor notes. “As soon as I know that we're ready to start losing it, I'm going to put it on Soil Connect because I know there are guys who will be like, ‘Well, we'll just take it. We'll load it, we'll get it out of there and clean up when we're done.’

“But if I put it out there and somebody says, ‘I'll pay for it,’ it's going go to [them to help] offset some of the costs of hauling out the dirt,” he adds.

In addition to the cost savings, Teetor found an unexpected benefit from the app – a valuable new contact. He and the soil provider continue to communicate.

Bringing people and resources together is what the app is meant to be about. “It's bringing a whole bunch of people that wouldn't have known about this into it,” says Teetor, who is happy to raise the awareness. “I think the more people that are using it, the more it's going to really work. This was the only site out there doing this that wasn't for a select region…. To have this one where it's [covering] the whole United States, it makes your life easier.

“I could see [Soil Connect] as a very valuable tool for anybody in construction, excavation, site development,” he continues. “It just saves so much time and so much money.”