Struck-by accidents continue to be a leading cause of property damage and serious employee injuries on jobsites around North America. 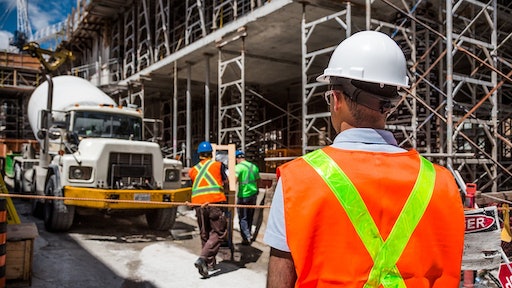 Struck-by accidents continue to be a leading cause of property damage and serious employee injuries on jobsites around North America.
Bridgesward from Pixabay

World of Concrete recently published an article about improving safety through the use of white noise back-up alarms:

Struck-by accidents continue to be a leading cause of property damage and serious employee injuries on jobsites around North America. The struck-by accident classification includes unsafe actions ranging from swinging boom buckets to the falling of unsecured loads.

But there continues to be one action that always leads in this category and that has thus received the greatest attention of safety professionals – vehicle-backing accidents.

The consequences to construction workers from struck-by backing accidents were thoroughly outlined in a 2017 report published by CPWR—The Center for Construction Research and Training. Reviewing OSHA accident statistics from 2011 to 2015, the researchers determined that nearly one in five (18%) of construction workers who died did so as a result of being struck by an object/equipment or a vehicle. Contractors who specialized in the highway, street, and bridge construction sector reported the highest number of struck-by fatalities.

The majority of these fatalities were due to being struck by a vehicle on the job.

Early back-up alarms were developed by the U.S. military. When these devices were introduced to the construction industry, manufacturers began to offer a wide range of loud “beep-beep” sequences. The sound patterns complied with OHSA regulations when nearby workers could discern the warning from the ambient noise level. But as these warnings became commonplace, that the effectiveness was reduced.

In a 2010 report titled Technology for a Quieter America, the National Academy of Engineering cited loud back-up beepers as one of the six top noise sources people associated with behavioral and emotional consequences. At the same time industrial safety researchers surveyed 20 state departments of transportation about job-site noise concerns.

The state officials identified single-tone back-up alarms as a major problem in generating nighttime construction noise. In some regional studies of job site accidents, safety professionals found evidence that the overall safety credentials of the traditional “beep beep” system were unreliable. They reported that nearby workers found the warning signals confusing, and often ignored the noise.

In the 1990s, innovators developed a back-up device that emitted a sound cadence similar to a conventional alarm, but that was broadcast as a white-noise, whooshing sound. Nearby workers or pedestrians can easily hear the quieter warning sound when in the backing vehicle’s path. One key benefit of the white noise warning is that sound waves are more easily localized than a single-tone beeper. The white noise broadband sound also gives workers wearing hearing protection and people with hearing difficulties a better chance of hearing its warning signal.

Read the rest of the story here.

Heidi Lehmann of Kenzen talks about how her company’s body monitoring devices and technology keep construction workers safe on the job site.
Kenzen
May 11, 2021

Tenna talks with ForConstructionPros and industry insiders in this TennaTALK podcast mini-series to inform the construction industry about business systems and tech trends built for construction companies owning and operating an equipment fleet.
August 1, 2021

Epiroc's Office TeleREMOTE enables the operator to access and run multiple rigs from a control center located inside an office.
Epiroc
October 1, 2020

BuildCenter, a software spinoff from COBE Construction Inc., is offering a free health screening tool and attendance log.
May 21, 2020