The rate that weekly initial jobless claims are shrinking may be leveling off at a substantial level, but continuing claims just barely rose 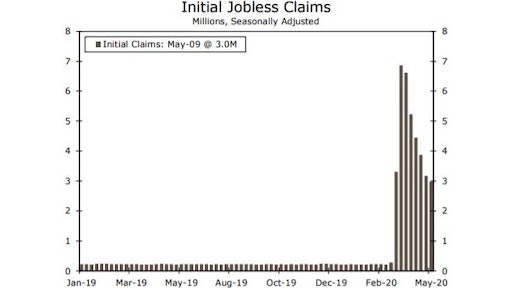 Initial jobless claims declined for the sixth straight week from their peak of 6.8 million at the end of March, but the rate of decay has slowed substantially. The three million claims filed last week brings the eight-week total to 36.5 million.

Persistent seven-digit initial unemployment figures are discouraging, but the U.S. Department of Labor report held a major bright spot — continuing claims, which lag a week, were essentially flat, at 22.8 million.

Continuing claims serve as a gauge of:

The plateau in continuing claims is an early sign that employers are calling back employees. New hires nearly offset layoffs.

Ten million initial claims have been filed since the April nonfarm survey, but evidently hiring has begun to pick back up. The net loss in May employment should therefore be much lower. 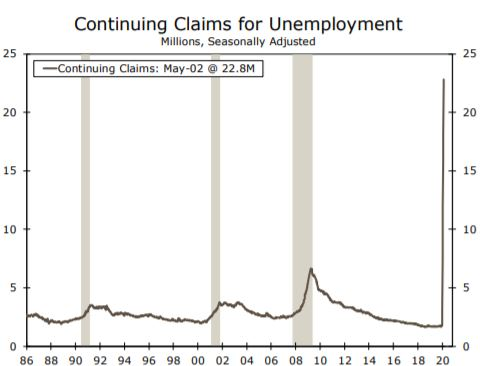