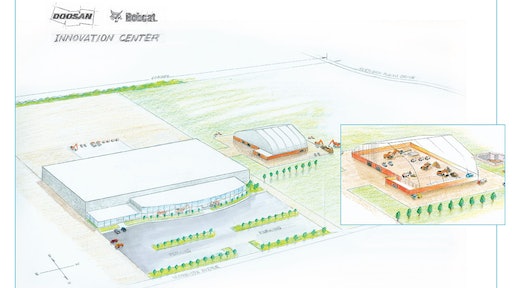 This move will allow increased production of Bobcat attachments and equipment in the state of North Dakota, said Rich Goldsbury, president of Bobcat, adding that market demand for compact attachments has increased as customers seek new ways to diversify businesses by adding more attachments to their existing compact equipment.

While increased compact attachments business has outgrown the Litchfield plant's capacity, Bobcat will continue operating the Litchfield facility by moving heavy equipment attachment operations from a Doosan Infracore Construction Equipment facility in Statesville, N.C. The move will involve around 65 positions, replacing more than a third of the jobs currently in Litchfield.

Bobcat also announced plans for the former MSC building and the acquisition of additional land at the NPCC. The company will build an Innovation Center that will bring together customer-, product- and dealer-focused functions and processes, creating a dedicated environment for evaluating customer research, conducting product testing and training, and refining manufacturing processes. Approximately 175 positions will be based at the Innovation Center, centralizing existing engineering jobs and adding new positions as well.

Work will begin on the Innovation Center later this year, with a full build-out at the NPCC to be completed by the end of 2014. The former MSC will be renovated, plus a 50,000 square-foot indoor arena will be added with a 5-acre outdoor operation area.

The additional employees and the attachments business will join the current logistics management, sub-assembly, kitting and delivery services, which have all been primary functions of Menlo at the MSC.

Compatible with excavators ranging from 30- to 45-ton operating weights and suitable for use in quarries or to move, sift and aerate large volumes of soil on excavating, earthmoving and large trenching projects.
MB America, Inc.
June 8, 2021