Demand for Compact Excavators is Growing for Construction in Confined Spaces

Compact excavators have emerged as the ideal solution for carrying out digging processes in confined spaces. 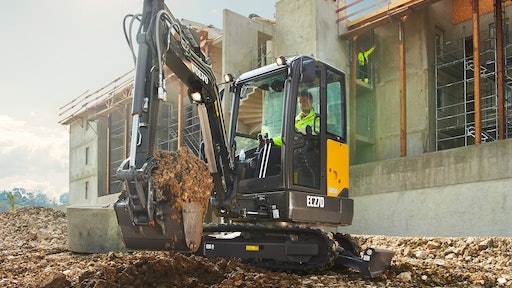 Excavation is among the key industrial processes from mining to construction and aerospace. With growing population, developed and developing countries are witnessing maximum utilization of physical spaces. As the spaces become more confined, carrying out excavation processes is becoming a challenging task. Compact excavators have emerged as the ideal solution for carrying out digging processes in confined spaces. 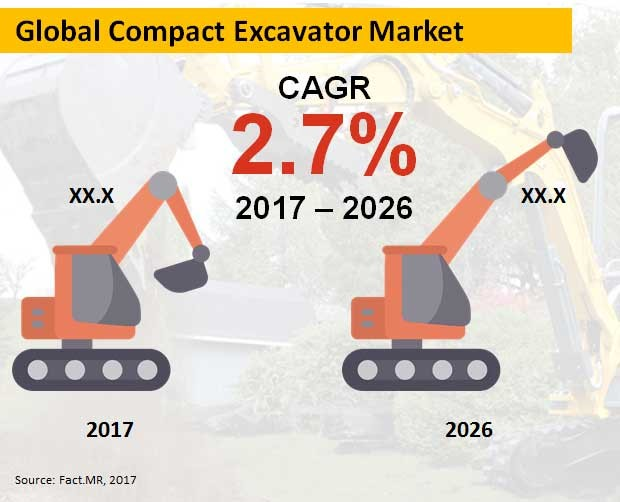 Through 2026, the Asia-Pacific excluding Japan (APEJ) region is expected to dominate the global compact excavators market, accounting for more than 40% share on global sales.

Europe’s compact excavators market, on the other hand, is poised to expand at a CAGR of 2.8% during the forecast period, becoming the second-most leading market with high growth.

On the basis of operating weight, the 4000-10000 lbs. segment is likely to represent the leading segment in the global compact excavators market.

By the end of the forecast period, construction will emerge as the largest end-use vertical, followed by mining and forestry and agriculture.

Companies observed as leaders in the manufacturing of compact excavators have been profiled in the report. These include: