Caterpillar Reports Record Sales and Revenues and Profit for 2012 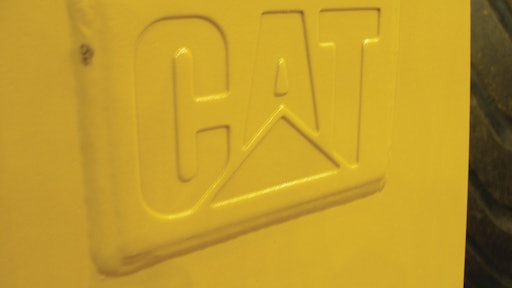 “From an operational standpoint, 2012 was a very successful year with record sales and profit in a tough economic climate. Considering the weak economy in the United States, along with much of Europe in recession and China slowing, we had a solid year. Our incremental operating profit pull through was very good, we made progress adjusting inventory levels, and our quality and safety indicators continued to improve,” said Caterpillar Chairman and Chief Executive Officer Doug Oberhelman.

“I'm extremely pleased with our performance on reducing inventory $2 billion in the fourth quarter. As the world economy began to soften at mid year, we increased our focus on reducing inventory. Cat dealers also worked to lower their inventories, and, as a result, reduced their order rates during the second half of 2012. The result was a substantial reduction in our production levels and inventory. The reductions had a significantly negative impact on fourth-quarter sales and profit. The $2 billion inventory reduction in the fourth quarter was a remarkable effort, but we're not done. Reduced production levels are likely to continue at least through the first quarter of 2013 until inventories and dealer order rates move back in line with end-user demand,” Oberhelman added.

“The range of our 2013 outlook reflects the level of uncertainty we see in the world today. We're encouraged by recent improvements in economic indicators, but remain cautious. While we expect some improvement in the U.S. economy, growth is expected to be relatively weak. We believe China's economy will continue to improve, but not to the growth rates of 2010 and 2011. We also remain concerned about Europe and expect economies in that region will continue to struggle in 2013," said Oberhelman.

“If the recent improvement in economic indicators continues, 2013 could be another record year for Caterpillar. We expect the first half of 2013 will be weaker than the first half of 2012, with better growth in the second half. However, if, like the last two years, growth and confidence decline in the second half, 2013 could be a tough year. Either way, as we demonstrated with inventory reductions in the fourth quarter, our team is prepared to execute and deliver,” Oberhelman added.

FCP Video: Oberhelman - The World is Looking for Economic Leadership