Doosan Excavators to Debut at CONEXPO 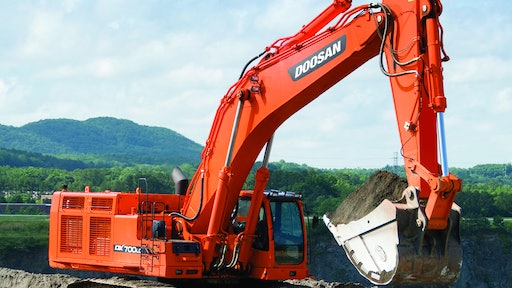 Doosan will display the largest of its excavators, the new 78-ton DX700LC excavator in booth G-100 at CONEXPO-CON/AGG in Las Vegas, March 22-26, 2011. The display will also include the new, minimum-tail-swing DX235LCR excavator.

With a tail swing radius of 5 ft. 6 ins. and a tail swing of just 3.75 ins. over standard 31.5-in. shoes, the 53,600-lb. DX235LCR excavator is designed to work on congested jobsites such as roadways without blocking traffic in the adjacent lane.