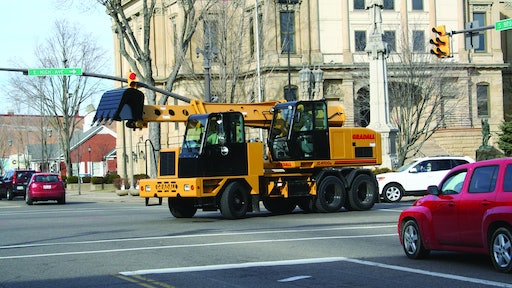 The XL 4100 IV, XL 3100 IV and XL 5100 IV models feature Mercedes Tier 4 emissions-compliant engines ranging from 218 to 265 hp. Top highway speed has been increased from 55 to 60 mph, the Series IV machines accelerate faster than Series III, and operate faster and more powerfully in remote mode from the excavator cab.