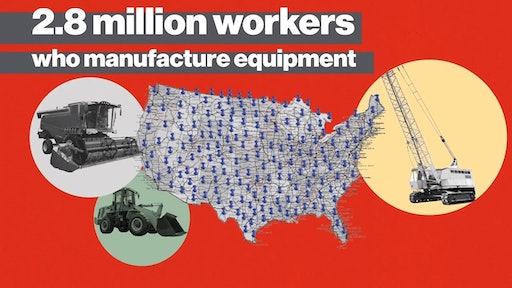 The Association of Equipment Manufacturers (AEM) released a new video that highlights the contributions of the 2.8 million men and women of the equipment manufacturing industry to the U.S. economy and the pro-manufacturing policies that candidates must support to keep the industry strong. The video, titled “It Starts Here,” will be shared with leaders and delegates from both political parties over the coming weeks as the Democratic National Convention and Republican National Convention kick off the sprint to November.

The new video comes as recent polling shows a growing number of voters (81%) across the country say a candidate’s position on manufacturing will influence their choice for president this election, an increase of five percentage points since January.

“Whether you are a Democrat or a Republican, candidates should understand that voters are increasingly worried about the state and direction of U.S. manufacturing,” said Kip Eideberg, AEM senior vice president of government and industry relations. “The 2.8 million men and women of the equipment manufacturing industry are not called to sit on the sidelines. They will stand clearly for the issues that mater to our industry and our country. Candidates up and down the ballot must offer more than cheap talk and empty campaign promises if they hope to be successful this November.” 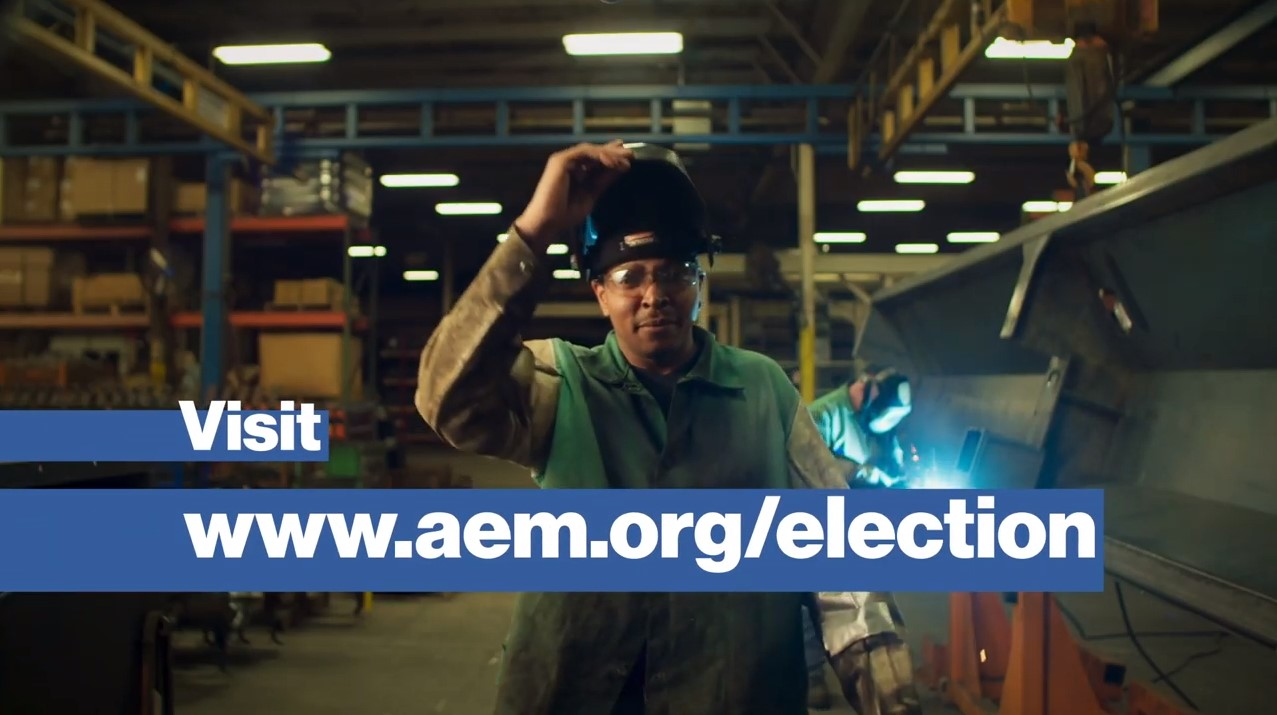 AEM has spent the year engaging candidates and lawmakers at the state and federal level about the issues that matter to the industry, including free and fair trade, infrastructure investment and support for rural America. In addition to direct engagement with both political parties during their upcoming conventions, AEM is working with state parties across the country to educate party leaders and activists about the industry’s role in supporting communities and creating family-sustaining jobs.

AEM is also actively engaging the 2.8 million men and women of the equipment manufacturing industry through a national get out the vote campaign. Equipped to Vote, which launched last week, is designed to engage, educate, and mobilize voters to help elect pro-manufacturing candidates.

“We have a duty to engage the 2.8 million men and women of our industry in the political process. This first-of-its-kind campaign will show them the policies that matter and the values that are critical to the future of our industry so that they can hold candidates of all political stripes accountable,” added Eideberg.

Formulated for use in diesel-powered vehicles that experience extreme temperatures, heavy loads, stop and go operations or high airborne particulates.
October 13, 2020
Follow Us