Birmingham Business Journal presents Randy Breaux, Motion Industries' President, the 2020 CEO of the Year Award for being an elite leader, within a company of over 300 employees, in the industrial manufacturing and distribution industry. 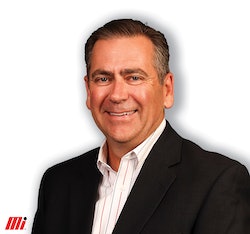 Motion Industries, Inc., a leading distributor of maintenance, repair and operation replacement parts and a wholly owned subsidiary of Genuine Parts Company, announced that Randy Breaux, Motion Industries' President, is a 2020 award recipient of the CEO of the Year Award, from the Birmingham Business Journal. The presentation honored winners and finalists — elite leaders from a range of industries — at a virtual event held on Dec. 3.

The CEO Awards recognizes excellence among top executives in the Birmingham metro area for businesses of all sizes. Breaux was named CEO of the Year in the category of companies with more than 300 employees.

Breaux currently serves on several nonprofit boards in the Birmingham area. He has held committee and board positions in numerous industry associations, including past chairperson of the manufacturing council for the Power Transmission Distributors Association.