Workers in the pipeline construction industry face an uncertain future, not only on Keystone XL but longer term as jobs move to other energy sectors. 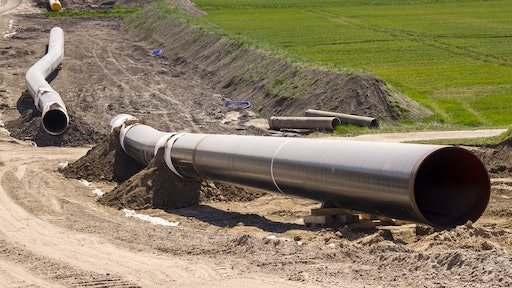 Just hours after his inauguration ceremony ended, President Joe Biden fulfilled one of his campaign promises with an executive order that revoked the presidential permit issued by the Trump administration for the beleaguered Keystone XL pipeline project. The move was applauded by environmentalists and indigenous tribes in the regions impacted by the pipeline, but drew swift rebuke from those within the construction and energy sectors.

Despite urging from many sides – including from Canadian Prime Minister Justin Trudeau – to reconsider the decision, Biden continues to stand firm, resolving to transition the U.S. away from fossil fuels to a more sustainable and environmentally responsible future, while promising to create new clean energy-related jobs to replace those lost. In the meantime, more than 42,000 jobs are at risk on Keystone XL, with a sizable percentage consisting of construction workers assigned to the project.

According to the Final Supplemental Environmental Impact Statement for the Keystone XL Project, issued in January 2014 prior to its presidential permit approval, the massive undertaking involves 875 miles of pipeline extending from Montana to Nebraska. Construction contracts, materials and support purchased in the U.S. would total approximately $3.1 billion, with another $233 million spent on construction camps for workers in remote areas. The report estimated the pipeline’s construction would contribute as much as $3.4 billion to the U.S. GDP.

Construction spending would support an estimated combined total of roughly 42,100 jobs throughout the U.S. for the up to two-year construction period, the report indicates. Of these jobs, approximately 16,100 would be at firms that had been awarded contracts for goods and services, including construction. The remainder would result from indirect and induced spending, including goods and services purchased by construction contractors and spending by employees working for the contractors or their suppliers.

Construction workers have been substantially impacted over the years by the ongoing battle of political wills related to Keystone XL, caught in the crossfire throughout the on again/off again permitting process. A report by CBS News indicates the current stoppage has resulted in the immediate layoff of 1,000 laborers. Reporter Cara Korte spoke with two of them, Ron Berringer, a 60-year-old union steward from Iowa who has spent several decades working on pipelines, and Tyler Noel, a 33-year-old union worker who spent over five months working on the project in the past year.

Both individuals cite the sense of community and good benefits and wages as incentives to work on projects such as Keystone XL, and struggle to imagine doing anything else. Now, both are facing economic constraints as Keystone grinds to a halt, along with uncertainty for future pipeline opportunities under the Biden administration.

While the administration has assured the American public that jobs lost will be replaced by those created in the clean energy sector, workers such as Berringer and Noel remain skeptical. They are also reluctant to leave their current work behind for what they describe as less satisfying and potentially lower paying jobs in fields such as wind turbine installation. In fact, Noel is cited as stating “the idea of transitioning from his long-practiced trade to a new one is ‘just crazy.’”

These individuals are surely not alone in their misgivings. Just as workers in the coal energy sector have resisted efforts to re-educate and train them for new roles, the transition of workers from the pipeline industry to clean energy jobs is likely to be no easier a task. And until the promised employment in clean energy picks up, the workers on Keystone XL, and other existing and anticipated pipeline projects, remain in limbo, wondering what comes next for them.

Newly appointed President of the United States, Joe Biden, plans to spend $2 trillion on infrastructure, including $50 billion on road and bridge repairs in his first year in office.
Dormie Roberts
January 20, 2021
Follow Us