Is the Future of Transportation Autonomous? 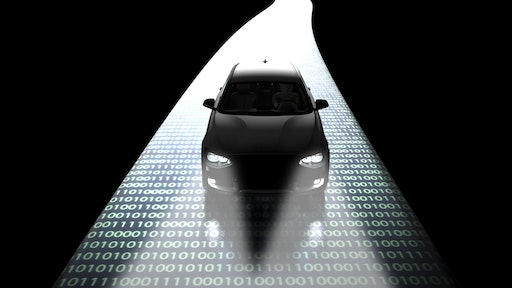 “What will the future look like?” It’s a question that people from all walks of life ponder on a regular basis. In the case of transportation, the vision of driverless flying cars fueled by nothing but clean, renewable energy is one that often springs to mind. But what was once nothing more than a reverie of science fiction fans is closer to reality today than some might think.

Matthew Doude, associate director of the Center for Advanced Vehicular Systems (CAVS) at Mississippi State University, addressed this topic at a seminar at the CWIEME Chicago, the exhibition for coil winding, transformer and electric motor manufacturing, held October 3 to 5.

Although largely still land-based, research into autonomous electric vehicles has increased exponentially in recent years. It is expected that billions, if not trillions, of dollars will be pumped into autonomous vehicle technology in the next few decades. It’s something that everyone in the industry is striving to understand, and with so many predictions flying around, it’s easy to get carried away.

Doude is keen to keep the industry’s feet on the ground – and understandably so; making accurate predictions is part of his job. The CAVS is one of the nation's premiere academic automotive research centers. One of its primary functions is to rigorously assess the effectiveness of other companies’ designs and identify ways to improve efficiency and performance. Doude is involved in strategy and planning for the center, and also manages industry, government and privately funded research programs in both electrified and autonomous vehicles.

“I read recently that by 2030, 95% of the miles traveled in the US will be through transportation-as-a-service,” says Doude, who has a degree in mechanical engineering. “This is the sort of ambition that is driving the excitement, which is great. However, I think we need to reign in these sorts of predictions and think about them a little more.”

Doude believes that a lot of the current thinking stems from the increasing, but currently unsustainable, success of the ridesharing economy. The ridesharing economy, or transportation-as-a-service economy, refers to the 21st Century proliferation of companies like Uber, whereby using fast and reliable public transport is becoming easier and more cost effective than owning a vehicle.

“Currently, these sorts of companies still largely rely on vehicles powered by internal combustion engines and require people to drive them. That being the case, such services aren’t particularly cost-effective, reliable or indeed environmentally friendly. However, with advancements in autonomous and electric vehicles happening at such a rapid rate, a popular hypothesis is that it won’t be long until such companies can dispense with the drivers and change to an electric fleet (the maintenance and operating costs of which will be significantly lower). Once that happens, it will completely displace the conventional car-ownership model.”

Doude anticipates the technology to be readily available by 2030 but that it will take longer for the market to catch up, stating that it will be closer to 2040 before we see significant portions of the market shift to the ridesharing economy.

“Something else that’s important to note is that no one really knows yet whether the consumer wants autonomous vehicles. Humans, with their lack of predictability, may feel this constrains their liberty. There are practical aspects, like children’s car seats, and recreational factors, such as people’s enjoyment of driving, that may work against this industry movement. Either way, I don’t believe the transport industry is ever going to be 100% autonomous.”

Last year there was about a billion dollars invested in autonomous vehicle tech start-ups, a large proportion of which was invested by auto-makers.

“Right now, the major automakers are waiting to see what shakes out of their investments. And when winners start to emerge, they’ll be bought up by the corporations,” says Doude. Recent examples include General Motors acquiring Cruise and Ford investing in Argo. “Big companies invest strategically; they don’t take risks. Interestingly, Uber is investing as much as anyone else is.”