Construction spending rose to a nine-month high on the back of government investment in highways and streets, even as housing investment falters 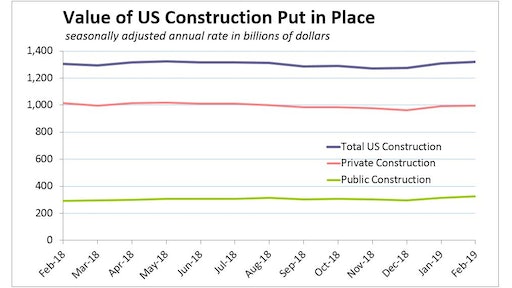 Spending on private construction was stable in February, rising just 0.2%, while public spending soared on a great leap in highway and street investment.
Data: U.S. Department of Commerce 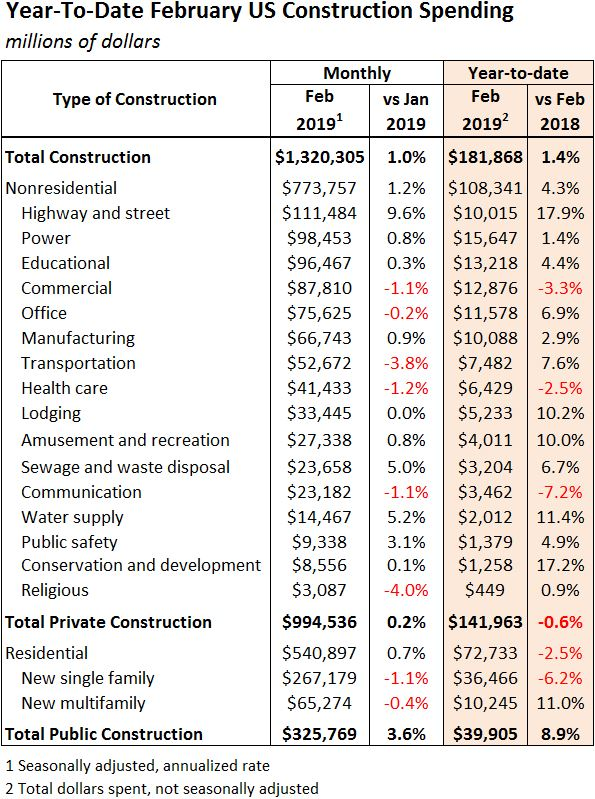 Spending on single-family construction has suffered in the first two months of the year, but nonresidential construction spending is up 4.3% with contributions from big segments such as office, educational and manufacturing construction.The total value of all U.S. construction put in place rose 1.0% during February, according to monthly estimates by the U.S. Department of Commerce. Upward revisions to January numbers bring the year-to-date change in the value of U.S. construction up 1.4% since the first of the year.

Total nonresidential spending increased 1.2%, mostly owed to a 3.7% improvement in public outlays. The highway-and-street spending segment surged 9.5%. Private nonresidential was weaker and slipped 0.5%. Spending on federal government construction projects rose 0.9% to the highest level since October 2017, after jumping 5.7% in January.

Nonresidential construction spending is up 4.3% with solid growth in big segments such as office, educational and manufacturing construction.

Residential outlays rose 0.7% during the month (third increase in a row) but spending on new single- and multifamily construction both declined along with the month’s drop in housing starts. February’s residential gain is based in home improvement spending. Reported separately, building material retail sales gave back all of January’s gain, dropping 4.4% during February, according to Wells Fargo Economics.

The value of residential construction put in place since the first of the year is down 2.5% compared to the first two months of 2018, with single-family investment plunging 6.2%. 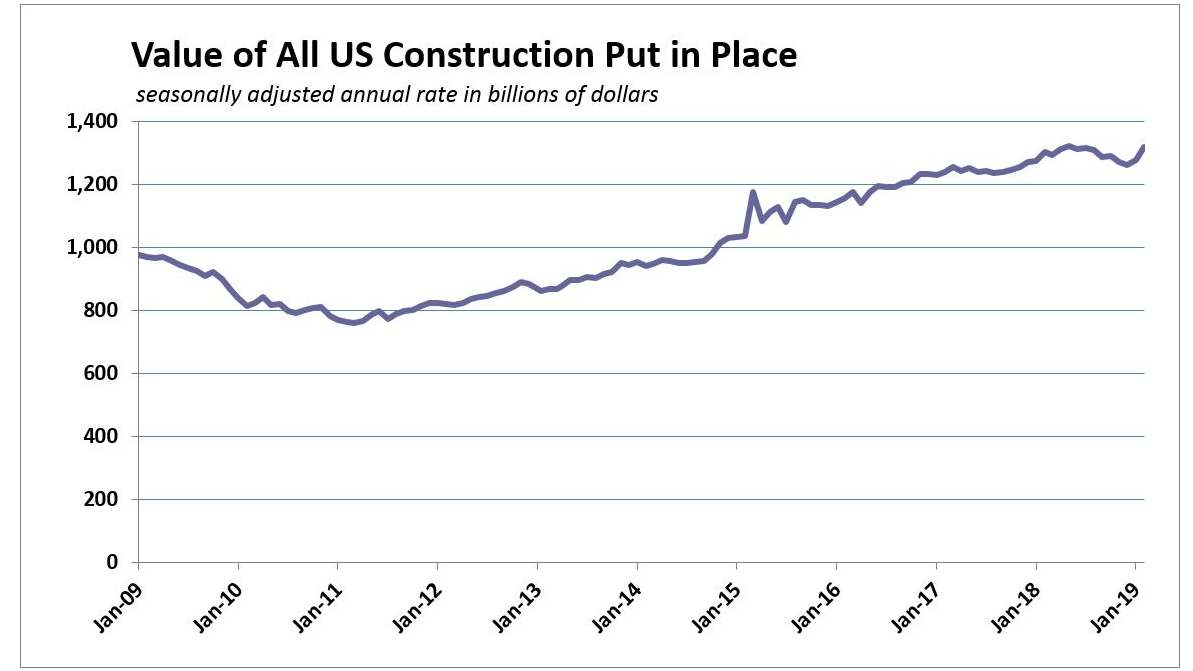