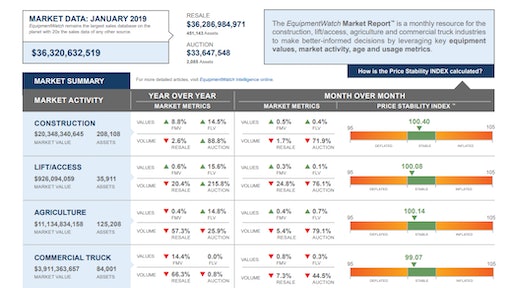 In the February Market Report, more than 450k assets with the total market value of $36.3 billion were analyzed. Resale and auction prices both increased from December to January, rising by 0.5% and 0.4%, respectively. Auction has increased almost 15% from January of 2018, while resale has gone up by almost 9% over the same time frame.

FMVs in the construction channel should remain relatively even in February, while FLVs should increase and auction market activity should have very large increases with the large auctions occurring.

What would an infrastructure plan look like under President-Elect Biden? Do plastics have a future in asphalt mixtures? What are some best practices for operating a milling machine? Jess & Dormie have answers to all that and more this week
Jessica Lombardo
November 13, 2020
Follow Us