To achieve clean power, one of the most important considerations is the generator’s continuous power rating, which is the maximum amount of power that a generator can run at for an indefinite period of time without degradation or damage. 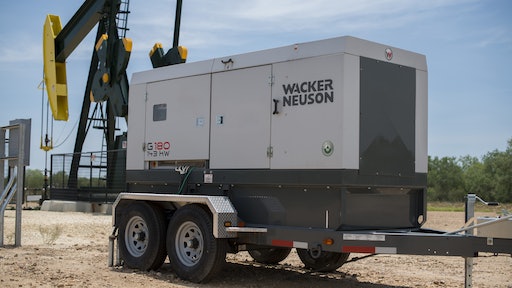 The quality of electricity generated varies between generators. Clean power is electricity that maintains a consistent voltage while producing a steady 60-Hz frequency with no harmonics.

To achieve clean power, one of the most important considerations is the generator’s continuous power rating, which is the maximum amount of power that a generator can run at for an indefinite period of time without degradation or damage. The standby rating represents the maximum amount of power the generator can produce for short periods of time without overheating or causing damage. It’s important to note that extended use at the standby rating output can cause damage and reduce the useful life of the generator.

Beyond that time frame, the generator must be run at a lighter load or be turned off for six hours to allow it to cool down before it can carry this load size again. “It is recommended you choose a generator that is at least 10 percent larger than your continuous power needs, so you have extra capacity for unexpected load requirements,” Bernier advises.

Towables have a slightly different nomenclature. “Typically, a towable unit is rated in prime power, then it has a 10-percent overload rating that will get it to what is called the standby rating,” notes Todd Howe with Doosan Portable Power. “This is the maximum amount of power you can pull out of the generator. If you operate it there, you would have a reduced lifespan.”

Units used in emergency applications are typically sized according to the standby rating, because they are not going to run very much and therefore will have a useful service life. “A mobile application for rental and construction, keeping it at the prime power rating, will ensure the unit will live to maybe a 10,000-hour lifespan,” says Howe.

The math to determine the required size for a single-phase generator is rather straightforward.

According to Bernier, certain rules of thumb can be used to determine surge power in single-phase systems. For example, if the motor label does not show starting amps, then calculate that brushed motors 1 to 5 hp in size typically require two times the running power to start. So a 1-hp motor that draws 1,200 watts would require surge power of 2,400 watts.

To provide clean power, a generator must provide consistent power output with low voltage fluctuation. Consistent voltage is necessary to ensure the operating loads do not draw more current than they are rated for.

“The better the voltage regulation, or the lower the percentage of variance, the better,” Howe says. “The application and type of equipment to be powered really determine how sensitive the voltage and frequency regulation needs to be.”

Some equipment is more sensitive to voltage fluctuations. Well-regulated voltage is the key to power tool durability and life. Wide variations in voltage can lead to over-speed, and high current conditions can lead to tool damage.

“The correct voltage extends the life of tools and appliances by allowing them to operate at designed temperature levels,” says Bernier. “Many of today’s tools contain protective power modules that will not allow the tool to operate if the voltage or frequency from a power source is outside of its design limits.”

Some low-cost portable generators don’t use voltage regulators. “Voltage control is more relaxed and comes from a rectifier or capacitor,” says Bernier. “Motor starting surge is 1.5 to 1.7 times the run rating (vs. 2 to 2.5 for a premium model) and voltage output is not clean.

“The design of generator components contributes to clean voltage output by reducing harmonics,” he points out. “Harmonics are additional unnecessary voltage sine waves sometimes referred to as ‘noise.’ Harmonics can distort the primary sinusoidal voltage output.” To combat this, Wacker Neuson includes winding slots in its generator design that are skewed with a 2/3 pitch to reduce harmonics.

Generators are designed to run at a certain speed. Maintaining this speed is critical to produce power at a consistent voltage and 60-Hz frequency.

“In mobile generator applications, where you have bigger units and more sophisticated control technology, we try to hold it to a half percent of voltage variation,” says Howe. “A quarter-percent frequency regulation is about the best you can do nowadays. The little portable gas- and diesel-powered machines still have mechanical governors and carburetor technology. Typically, you are looking at +3% to -5% nominal speed on those.”

Larger generators with more extensive electronic controls will provide better power quality. “If you need precision power that closely approximates what we are used to getting from the utility grid, step up to a towable machine,” says Howe. “The portable machines are going to have way too much voltage and frequency variation.”

Larger generators, such as towables, typically offer three-phase power. “Usually, when you are getting into three-phase power, you are looking at applications that have higher amperage requirements,” says Howe. “For example, you can get single-phase motors up to about 5 hp. Once you get 7 to 10 hp, you get single or three phase. Everything 15 hp and up is three phase.”