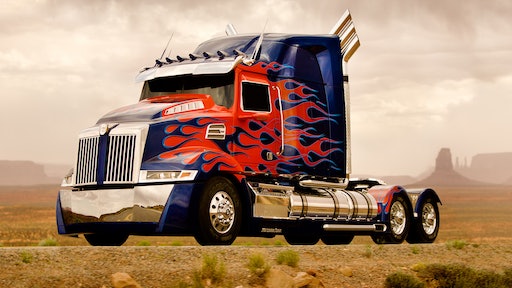 Director Michael Bay is shooting part of "Transformers 4" near the Utah-Arizona border, using a Western Star truck tractor in the role of Optimus Prime, leader of the Autobots. The Western Star on which the transforming robot is based is said to be a new model still in development.

On his blog, Bay released photos taken in Monument Valley of the truck and several other vehicles that play roles in the movie (see images in the carousel). He didn't name all of their roles.

Traton may acquire Natistar for approximately $3.7 billion.
October 19, 2020
Follow Us