The Vehicle Innovation Act (VIA), backed by the National Truck Equipment Assn., would provide funding over five years for research into advanced vehicle fuel efficiency technologies for cars and vocational trucks 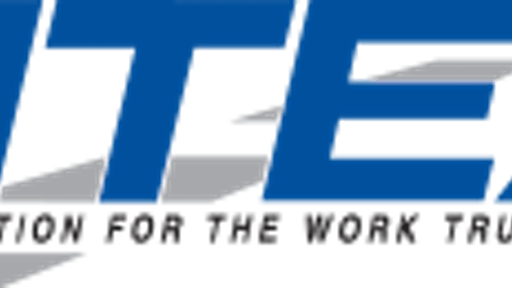 Senator Gary Peters (D-MI) reintroduced the Vehicle Innovation Act (VIA), S.1225, with original co-sponsors Senators Debbie Stabenow (D-MI), Lamar Alexander (R-TN) and Rob Portman (R-OH). This legislation, supported by the National Truck Equipment Assn. (NTEA), would provide approximately $1.7 billion over the next five years for research into advanced vehicle fuel efficiency technologies. Much of the funding would be directed at vocational trucks.

VIA continues to generate strong bipartisan support. At different times, the House and Senate passed versions of this legislation.

“Michigan and the United States are leading the way in developing innovative technologies that will make the next generation of cars and trucks safer and more efficient than ever before,” said Senator Peters. “This bipartisan bill will help ensure that American manufacturers remain internationally competitive by encouraging the development of cutting-edge clean vehicle technologies that improve fuel efficiency, save consumers money and help support American jobs.”

NTEA has worked with Senator Peters on this legislation since he served as a representative in the U.S. House. He has been a long-time advocate for the work truck industry in the House and Senate. The funding boost this bill would provide to the Department of Energy (DOE) comes at a critical time as many government agency programs are expecting significant budget cuts.

VIA strengthens DOE’s Vehicle Technologies Office, which promotes public-private partnerships to conduct technology-neutral research and development on a diverse range of new innovations to improve fuel efficiency in light-, medium- and heavy-duty vehicles. The bill will support domestic research and development, grow the U.S. advanced manufacturing industry and reduce the nation’s dependence on imported oil. This sort of funding is particularly important now as DOE budget proposals begin to call for research rather than development and deployment.

The legislation also authorizes resources for the Vehicle Technologies Office to encourage research — including $313.6 million in funding for fiscal year 2018, and a 4-percent increase each year after through 2022 — to ensure steady funding to help manufacturers keep pace with emerging advanced technologies that have the potential to reduce fuel costs in the national vehicle fleet.

VIA is supported by Motor and Equipment Manufacturers Association, Auto Alliance, UAW, BlueGreen Alliance and NTEA.

“The Auto Alliance applauds Senators Peters, Alexander and Stabenow for the reintroduction of the Vehicle Innovation Act,” said Mitch Bainwol, Auto Alliance president and CEO. “Automakers are focused on the deployment of advanced technology and alternative fuel vehicles to help address our nation’s energy security and environmental concerns. The next generation of fuel-efficient technologies requires significant investments in research, design, development, testing and certification as they are developed and refined for use on the various types of vehicles needed by American consumers. This legislation will help ensure that our industry partners throughout the vast automotive supply chain are supported in the research on and development of these advanced technologies.”

“NTEA commends Senators Peters, Alexander and Stabenow’s commitment to the motor vehicle industry. Vocational truck users are at the forefront of integrating advanced technologies and alternative fuels but the future will require greater advances,” said Steve Carey, NTEA executive director. “This legislation will help industry partner with government to accomplish the goals of a cleaner and more efficient work truck industry.”

The UV34 and UV34XL gas machines deliver reliable performance and productivity with gas-engine convenience.
Bobcat Co.
May 7, 2020
Follow Us