Tools to manage the high cost of liquid asphalt. 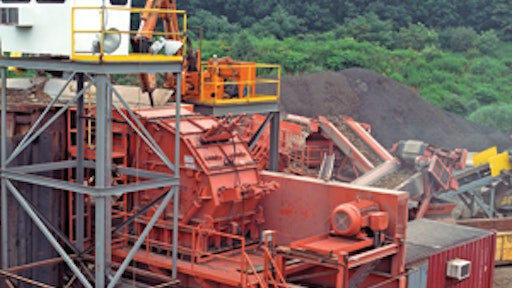 For Americans, pain at the pump due to high oil prices translates into sticker shock when filling the gas tanks in their cars and trucks. For asphalt producers and contractors, however, the same high oil prices have a much broader reach, effecting everything form the cost of delivering material to the jobsite to the price of the product that is at the heart and soul of their businesses — asphalt.

Supply volatility on the world market pushing oil prices to more than $70 per barrel this summer, resulted in liquid asphalt quickly spiking to more than $400 per ton in some states. This, along with high diesel fuel prices, has sent a shockwave throughout the asphalt industry, significantly increasing the cost of the final asphaltic concrete product.

In Montana, the liquid asphalt prices reflected in 2005 bids ranged from $260 to $300 per metric ton of a standard asphalt design. This year, the same AC will cost as much as $440 per ton. Officials in Lee County, FL, have seen asphalt mix costs rise from $42.55 per ton last year to nearly $88.00 per ton this season. With the limited funds available to public officials, this translates into fewer projects completed and large projects being spread out over a longer time frame.

Liquid AC price volatility has made the life of the asphalt contractor interesting to say the least. "Previously, the price of our asphalt would be good for a year," says Nathan Ellsworth, vice president of Ellsworth Construction Company, Tulsa, OK. "Now it's good for only 30 days."

Thirty days may suffice in other industries, but it is basically useless for a company bidding a project that may happen months down the road. "The asphalt contactor is usually the last guy on the job, and predicting the cost of asphalt is now a shot in the dark," he adds.

For public work, most states have implemented or are moving toward some version of an asphalt cement price adjustment. According to a May National Asphalt Pavement Association publication based on 2005 American Association of State Highway Transportation Officials and 2006 NAPA surveys, more than half the states have implemented a special provision in their specs for adjusting the price of liquid asphalt. The vast majority of these states are on the East and West Coasts, leaving some Central states with no adjustment provisions or considering new provisions.

At the start of indexing, the standard cost-per-ton listed at $302.50 and quickly increased to $350 per ton in July. The last reading, September, put the index at $375.00 per ton. "The index is a way for the state to be fair to the contractor, but it also protects the state from a contractor who may inflate the asphalt cost, so he does not lose money on the project," says Ellsworth.

Price indexing is a way to protect the contractor and states alike from the volatility of AC prices, but it does not address the issue of high asphalt costs. Unfortunately, according to David Newcomb, P.E., PhD, vice president – research and technology at NAPA, "there is no magic bullet" to quickly lower the cost of asphalt. However, there are certain techniques that asphalt producers and contractors can employ to reduce the amount of asphalt used and, thus, lower project costs.

Those old enough to remember the oil embargo of the 1970s know that escalating oil and AC prices aren't unprecedented. It was during this time period that recycling asphalt made its emergence onto the industry's center stage. Equipment manufacturers introduced large, high production asphalt recycling equipment like half- and full-lane milling machines and full depth reclamation equipment.

Producers and state agencies worked together to design mixes that could accept 10 to 25 percent RAP in an effort to lower the amount of required liquid asphalt and virgin aggregate. At the time, recycling asphalt became common place, since this percentage of RAP generated significant savings for the producer. However as the price of AC dropped, producers became content with the status quo on savings and remained at this level of recycling.

"It's time to consider means for increasing RAP content even further," says NAPA's Newcomb. The reenergized thinking is not to simply "dump" RAP into the mix to lower costs. Rather, recycled product should be designed into the mix like any other material in HMA. "Understanding the asphalt content and gradation will help the mix designers integrate the recycled material in the right proportion and adjust the virgin materials," he adds.

NAPA is currently conducting a study of its members to determine the current and potential levels of RAP usage. The study includes usage of recycled material for the base, surface and binder courses. Preliminary results indicate that the average use of RAP among NAPA members falls approximately 10 percent below the potential usage. Therefore, there is room for more RAP in mix designs to further increase savings and reduce natural resource demand.

While recycling asphalt has been an established practice for nearly 30 years, there are emerging mix designs and technologies that may help to reduce asphalt costs today and in the future. For example, mixes that include a larger nominal maximum aggregate size (NMAS) require less asphalt binder for the same film thickness than mixes using a smaller aggregate size.

A 1998 NAPA publication mentions that a large-stone, 1.75 inch NMAS requires 1.7 percent less asphalt than conventional 5/8 inch NMAS mixtures. A project requiring 10,000 tons of HMA would use 170 tons less liquid asphalt with the large-stone mix, representing a $59,500 savings at a $350 per-ton AC cost.

Selecting the perpetual pavement approach for a new road or reconstruction project may or may not save money on asphalt now, but it will result in future savings. By using this mechanistic approach to constructing the pavement, the base is designed to last indefinitely without requiring major rehabilitation. Only the surface level will require periodic milling and overlays. This can significantly reduce the amount of asphalt required for future pavement repairs.

It may sound fundamental, but make sure the right asphalt is being used for the application. Agency officials sometimes specify a road with more expensive grades of asphalt and polymer-modified asphalt, even when they are not necessary.

"Layers that are deeper in the pavement structure, low volume pavements and overlays of existing cracked pavement are all circumstances where specifications requiring premium asphalts should be reviewed and changed if necessary," suggests Newcomb. Using standard-grade versus premium-grade liquid asphalt in Ohio can result in a $50 to $70 per-ton savings, based on historical pricing.

Overlays are another potential cost savings area. Often an overlay is placed more to improve a road's smoothness rather than to strengthen the pavement. Where appropriate, the use of a thinner overlay can save the contractor money. "The use of a 9.5 mm mix that is 1.5 inches thick will use 25 percent less material than a 12.5 mm mix that must be placed at 2 inches thick," says Newcomb. Although the thinner overlay will require higher asphalt content, there will be a net cost savings for the project.

Increasing the amount of RAP, exploring new technology and using the right asphalt for the application are but a few ways asphalt producers and contractors can save money during this time of volatile liquid asphalt prices. Although few want to see high asphalt prices, the optimist can see a silver lining to this dark cloud.

Rick Zettler is a freelance writer based in Cedar Rapids, IA.