The State of Highway Investment & The Future of Funding Our Roadways

While we know we need to invest in our roadways, where will the money come from? A recent AASHTO webinar offers options. 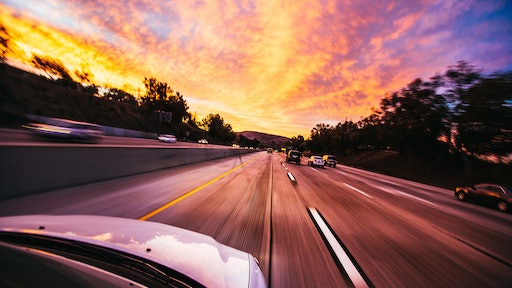 During Infrastructure Week 2018, over 100 events took place across America to highlight the importance of infrastructure investment in our country. The American Association of State Highway and Transportation Officials (AASHTO) held one event in the form of a webinar that discussed current trends and future plans for federal, state and local investment in surface transportation.

Jim Tymon with AASHTO spoke during the webinar on where our current federal dollars are being spent and the hopes for the future.

“When looking at the current investment levels here in transportation in 2018, the Federal Highway Program is spending $45B a year from that program and $12B a year in federal transit programs,” Tymon says. “But these federal programs actually represent less than 20% of what is invested in roads, bridges and transit projects across the country. The bulk of the investment is provided by state and local governments.”

About 35 states have increased revenue for transportation over the last five or six years and even more localities have taken on that charge as well. However, the federal government has not adjusted their revenue source for these programs for the last 25 years.

This means we’re approaching a Highway Trust Fund (HTF) crisis. In fact, new federal data shows that the HTF is due to become insolvent by the year 2021.

Established in 1956, the HTF has historically provided states with steady, reliable funding for their highway and transit projects.

“Since 2008, receipts coming in to the trust fund can no longer support the authorized spending levels,” Tymon says. “We’re currently spending about $15B a year more from the highway trust fund then we are bringing in in revenue.”

The reason for this is that 90% of HTF revenues come from fuel taxes on gasoline and diesel. The federal gas tax, at 18.4 cents per gallon, hasn’t been raised since 1993. As a result, these taxes have lost a significant share of their purchasing power. That coupled with more fuel efficient vehicles and new vehicles that don’t need gasoline at all, have made the federal gas tax all but insignificant.

To combat this, Congress has had to rely on general fund transfers into the HTF.

“To date, Congress has had to transfer $140 billion dollars from the general fund into the highway trust fund to keep it solvent,” Tymon says.

In 2020, the federal highway and transit programs are scheduled to expire and are up for reauthorization. To maintain the current highway spending levels beyond 2020, Congress will have to find an additional $93B to write a five-year bill and $115B for a six year surface transportation bill.

“When President Trump released his infrastructure package earlier this year, many of us in the transportation community were hopeful the proposal would address the long term solvency of the highway trust fund. Unfortunately it did not,” Tymon says. “Rather than propose a long term fix, the administration’s plan relies on additional investment at the state and local level.”

While the infrastructure plan lacks a proper funding mechanism, Tymon says the proposal does have some good ideas in terms of reducing regulatory burdens and streamlining the project delivery process for infrastructure projects.

“The plan delegates more decision making authority down to the state and local level and gives states and localities more flexibility in how they want to address their transportation challenges," he says, adding that one example is to allow states the ability to toll interstate highways.

Since the Trump Administration started to push for ambitious standing in infrastructure, much has been said about how challenging it will be to pay for it. However when it comes to our highways, Weifeng Zhong with the American Enterprise Institute says tolls are one way Trump’s plan will actually work and not involve federal dollars.

“The President’s proposal to lift the long standing highway restrictions on interstate highway tolls makes economic sense,” Zhong says. “With the ban lifted, if states find it appropriate, they could impose tolls on interstate highways and use the new revenue to repair their failing roads.”

Zhong says this is a sound argument for fixing America’s failing roads for two reasons;

One: The economics of road user charges.

“Economists have had a broad consensus for years that user charges are an efficient way to fund the investment and maintenance of infrastructure,” Zhong says. “When a piece of infrastructure is used but not paid for by those who use it, there will be problems.”

Zhong used a road as an example of this as every time a driver gets on the roadway, they are incurring private costs including their fuel, vehicle depreciation and the drivers time, and social costs that include damage to the roadways that need to be fixed and congestion.

“In the world without user charges, drivers are only paying for the private costs but not the social costs,” Zhong says. “The consequence of that is roads are over used, they deteriorate too fast and they are too congested."

User charges, like the gas tax, a mileage tax and tolls are a means to correct these inefficiencies. Zhong says tolls are the best way to most directly tie user charges to the social costs incurred by drivers.

Two: The psychology behind them.

“Tolls are anything but popular,” Zhong says. “But findings have shown that people’s objections to paying tolls are temporary. Once the tolls are implemented, people come around and are in favor of them.”

Zhong says the shift in attitude can be explained by cognitive dissonance.

The White House plan to lift these toll burdens has the promise to give states a revenue stream to fix their roads. The public may not like it, but they will eventually get used to it and both speakers said tolls should be an option that states should have as they look for additional sources of revenue to fund investment in our interstate highway system.

“Trump’s proposal served as a good jumping off point for conversations in Congress,” Tymon says. “The prospects of them taking that package as it was proposed by the administration and just moving it forward are pretty slim, but it’s gotten the conversation started on Capital Hill.”