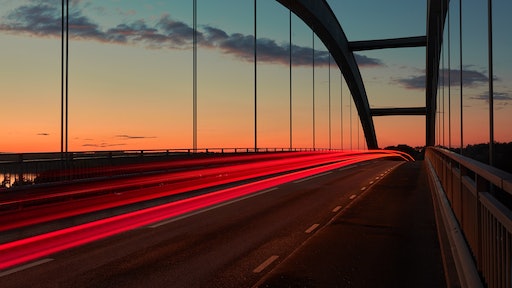 Photo by Anders Jildén on Unsplash

The Chair of the House Committee on Transportation and Infrastructure Peter DeFazio (D-OR) released text of the Investing in a New Vision for the Environment and Surface Transportation in America (INVEST in America) Act,  a surface transportation legislative proposal that would provide $494 billion over five years to make transformative infrastructure investments in surface and rail transportation. According to the release, the intent is to “get our existing infrastructure working again and fund new, transformative projects that will create millions of jobs and support American manufacturing and ingenuity while reducing carbon pollution, dramatically improving safety, and spurring economic activity.”

“The INVEST in America Act is our opportunity to replace the outdated systems of the past with smarter, safer, more resilient infrastructure that fits the economy of the future, creates millions of jobs, supports American manufacturing, and restores U.S. competitiveness,” Chair DeFazio stated.

The stated objective of the proposed legislation includes:

The INVEST in America Act also accounts for the economic downturn caused by the global pandemic and ensures states, cities, tribes, territories and transit agencies can administer programs, advance projects and preserve jobs in the aftermath of the COVID-19 crisis. The Act authorizes a sharp increase in funding to continue current programs in the first year of enactment of the bill (FY 2021) with wider policy implementation occurring in FY 2022.

One of the provisions included in the proposed legislation is a $319 billion investment in highways to deliver better roads and bridges faster by prioritizing fixing broken, outdated infrastructure - include the 47,000 structurally deficient bridges – before building new highway capacity. It would require states to spend 20% of their National Highway Performance Program (NHPP) and Surface Transportation Program (STP) any area dollars on bridge repair and rehabilitation projects. This would support approximately $28 billion in fix-it-first bridge investments in FY 2022-2025.

Highway investments would also be used to:

Another $105 billion would be committed to transit investments to:

Dave Bauer, president and CEO of the American Road & Transportation Builders Association (ARTBA) issued a statement following the release of the proposed surface transportation legislative proposal, indicating, “If America can put astronauts back in space for the first time in nearly a decade with a little help from the private sector, surely we can do something similar to modernize our aging transportation network.”

He continued, “With the most severe economic disruption since the Great Depression and continuity of state transportation improvement programs in doubt, the case for Congress to deliver a robustly funded infrastructure bill has never been stronger.

“The transportation construction industry, in partnership with public agency officials, is ready to rebuild the nation’s highways, bridges and public transit systems.

“The release of the House bill complements efforts already underway in the Senate. The FAST Act (Fixing America’s Surface Transportation Act) transportation law expires in less than 120 days. It’s time to hit the gas on the legislative process to ensure that infrastructure investment springboards economic recovery.”

Interactive Tool Highlights How Federal Highway Investment is Being Used