Ohio, Minnesota & Alabama among states looking to make their own money for crumbling roadways 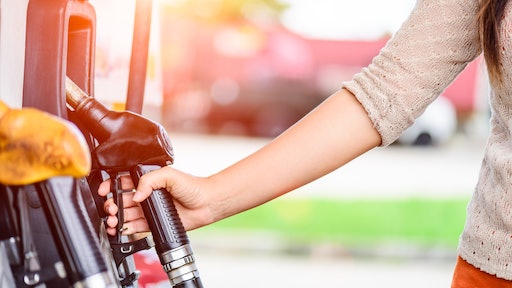 The U.S. Chamber of Commerce says that the needs of the nation's failing infrastructure exceed over $2 trillion. Even if President Trump gets the historic $1 trillion infrastructure package he promised the country in 2016, we are still going to need more money to rebuild our crumbling roads, bridges and transit systems.

Since the federal gas tax was last raised in 1993, inflation has eroded nearly 40% of the value of the user fee. In addition, vehicles are significantly more fuel-efficient than they were 25 years ago. As a result, motorists use less fuel to drive the same number of miles, and there is significantly less revenue to maintain the roads they drive on.

In an effort to combat this funding gap, states have taken it upon themselves to raise their own gas taxes to help bring in revenue for roadways. Since 1993, 39 states have raised their motor fuel user fees. This includes red and blue states alike, including over the past several years: Indiana, Tennessee, South Carolina, Oregon and New Jersey.

During the 2018 primary races and general election, there were nearly 540 state and local ballot initiatives that dealt with transportation initiatives. According to ARTBA, voters approved 81 percent of those measures, showing their continued support to raise revenues for increasing transportation investment. And in 2019, more states are starting to step up to get the work done.

Perhaps one of the biggest increases we're tracking is the 18 cent boost Governor Mike DeWine proposes for Ohio. He also suggests indexing so that it will automatically change annually based on inflation.

The proposal, which would need approval by the Ohio legislature to take effect, would initially increase the gas tax to 46 cents per gallon starting July 1 and raise an additional $1.2 billion annually.

The proposal says that state gas tax revenue can only be used for construction, reconstruction, maintenance and repair of public highways and bridges. The state would keep 60 percent of gas tax revenues and send 40 percent to counties, cities, villages and townships, according to an Ohio Department of Transportation news release.

Each of the state’s 88 counties gets an equal share of the gas tax, currently a $2.4 million allocation. If the 18 cent increase is approved, counties would each get an additional estimated $1.77 million in the first year, according to ODOT.

Minnesota Governor Tim Walz is asking his citizens to pay an additional 20 cents per gallon at the pump. Walz set out a spending plan last week that included a 70 percent increase in the gas tax, igniting debate across industries about how to improve transportation without overwhelming taxpayers and businesses. Minnesota has the 28th-highest gas tax in the nation, at 28.6 cents per gallon, according to the Tax Foundation. Walz’s proposal would move the state to fourth-highest, bringing in billions of additional dollars over the next decade.

The state’s roads earned a D-plus in the latest American Society of Civil Engineers report card. Five of the 100 worst truck bottlenecks in the nation were in Minnesota, according to the American Transportation Research Institute.

According to the Minnesota Star Tribune, an October poll of 800 people found that only 56 percent of respondents supported a 10-cent gas tax increase to build and maintain roads and bridges. The poll did not ask about 20 cents.

The gas tax increase is just one of the ways the governor wants to raise money for transportation. His plan also increases the vehicle registration tax and the motor vehicle sales tax that people pay when buying a car.

Those changes, along with the gas tax, would generate about $11 billion over a decade, according to budget estimates.

Newly elected officials in Wisconsin and Alabama are already working to make infrastructure a priority, proposing gas tax increases sooner rather than later.

Alabama Governor Kay Ivey stated in her inauguration speech that she wanted a major effort to address roads and bridges as the number one priority. State Rep. Bill Poole, R-Tuscaloosa, is expected to introduce the bill which is expected to be a 66.7 percent increase in state fuel taxes to fund an ambitious road and infrastructure plan that includes dredging the shipping channel for the port of Mobile. The state tax on gasoline and diesel fuels would increase from 18 cents a gallon to 30 cents a gallon. Eight cents of the increase in fuel taxes would go to the Alabama Department of Transportation. Three cents would go to Alabama’s 67 counties and one cent a gallon would be divided among Alabama’s hundreds of towns and cities.

Wisconsin Governor Tony Evers says he has created a task force  to come up with funding solutions to pay for Wisconsin roads and is likely to propose a gas tax increase. Evers wouldn’t reveal how much he expected the group to recommend increasing the tax, it is currently 32.9-cents-a-gallon, but he said he wants to include the task force’s funding recommendation in his two-year state budget he will release on Feb. 28.

Finally, lawmakers in Washington state are proposing a carbon fee as part of a transportation package that also includes a 6-cent fuel tax increase. Charging $15 per ton of carbon, the fee would raise about $7.9 billion over the next 10 years. The $17.1 billion fee-and-bond package it is a part of also features a 6-cent-per-gallon fuel tax increase.

At least 10 other states have introduced carbon fee or tax proposals, however, as emissions of the greenhouse gas linked to global warming hit an all-time high last year, scientists found. Washington's latest proposal, if passed, would be the nation's fist.

As early as last week, Vice President Mike Pence said he expects the 116th Congress to “pass historic infrastructure legislation that will rebuild the roads and bridges and infrastructure of America.”

He told the state chief executives at the National Governors Association luncheon that they will play a key role in helping pass such a measure. Still, the gas tax needs to be increased on the national level if we're ever going to see any real investment for our roadways.

The U.S. Chamber of Commerce is suggesting we implement an increase of 5 cents a year in each of the next 5 years for a total of 25 cents. The proposal would include indexing the tax for inflation and for future increases in fuel economy, so there would be no need to revisit this issue in the foreseeable future.

The proposal would raise $394 billion over the next 10 years, which would be invested in our highways, bridges and transit systems in a fiscally responsible fashion.  When combined with state, local and private sector funds, this would go a long way towards modernizing the nation’s once-great interstate system.

The Chamber says all this would cost the average American only about $9 a month in additional gas taxes. A small price to pay for the safety of our transportation, something you undoubtedly benefit from every day.