Here's how Pete Buttigieg's plan to address our nation's crumbling infrastructure, outlined in his presidential campaign, might shape his role and policy at the US DOT 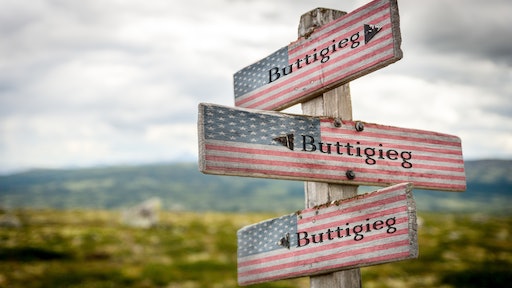 During his presidential campaign, candidate Pete Buttigieg pledged $1 trillion to infrastructure projects over the course of a decade if he was elected, promising to create six million jobs in the process. While Buttigieg was not elected to the office of the president, he was tapped by Biden to lead the US Department of Transportation.

Many in the industry hope he will remain steadfast in his commitment to fix our failing infrastructure as one of his main priorities during his campaign was dedicating resources to repairing the roadways that needed it most.

"As a political figure there's a lot of incentive to create the new exiting thing but we have to get back to basics too," he said on the campaign trail. "Mine is the only infrastructure plan that works to make sure that federal funding that goes to states for fixing roads and actually fixes what we've got in addition to adding new and exciting things. We cannot continue to add new pieces out there if we're not willing to look after what we've already got."

While we have no way to know how Buttigieg will shape the US Department of Transportation as secretary, we do know he said that he wanted to repair half of major roads and structurally unsound bridges by 2030. Under a Buttigieg administration, we may have seen stricter requirements issued for the State of Good Repair Management and this could carry over during his term as DOT Secretary.

Here are some other details Buttigieg listed as priorities in his initial infrastructure plan:

The Highway Trust Fund (HTF) expires September 30th of this year and the 117th Congress will need to address its solvency. Buttigieg was the only candidate to suggest shoring up the HTF so it would remain solvent beyond just a year-long extension.

"I think the time has come for my party to to assert ownership of fiscal responsibility," he said during his campaign. "I believe in having pay-fors for all of the things my campaign put forward. I'm not talking about going back to Eisenhower, I'm talking about rolling back the Trump corporate tax cuts and closing loopholes..."

Stay tuned to ForConstructionPros.com for updates on infrastructure funding news.